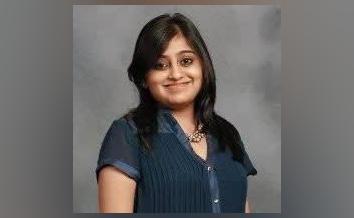 Future Group promoter Kishore Biyani’s daughter Ashni Biyani has resigned as Managing Director of Future Consumer, citing personal reasons, while she will continue to serve on the board as a Non-Executive Director.

Biyani has resigned due to personal constraints and challenges, due to which she is unable to dedicate the necessary time and attention to the affairs of the company, Future Consumer said in a regulatory update.

Ashni Biyani’s resignation follows that of Rakesh Biyani, who resigned as Managing Director of another group company Future Retail a week ago. Along with Rakesh Biyani, other officials, including the company secretary, had also tendered their resignations.

Following her resignation, Future Consumer has appointed Samson Samuel as Chief Executive Officer (designated as key managerial personnel), with effect from May 12, 2022, the statement added.

Who is Samson Samuel?

Samson Samuel is an engineer with around 24 years of experience spanning manufacturing, consulting, IT, and supply chain industries. He has worked in India and US in various capacities with organizations such as BestBuy, Staples, Lowes, Future Group, Mafatlal Consultancy, Wipro, and Cognizant.

Samuel has been recently associated with Future Consumer Limited to look after the overall business affairs of its subsidiary operating under the format ‘Nilgiris’. The firm stated that Samuel turned ‘Nilgiris’ around successfully in the last 12 months with a combination of product launches and strategic restructuring.

On his appointment, Samson Samuel commented: “I am honored to have been approached to serve as Chief Executive Officer of Future Consumer. I am well aware of the challenges ahead of us to restore the Company to profitable growth and alleviate the burden of its indebtedness by selling certain non-strategic assets. I will work closely with the Board to fulfill my mission.”

FRL’s Company Secretary Virendra Samani has also tendered his resignation from the post to pursue other opportunities outside the organization.

“The Company has accepted his resignation and he shall cease to be the Company Secretary with effect from April 30, 2022,” said FRL.

Besides, Gagan Singh, an Independent Director of FRL has also ceased to be a director on completion of her term on 29th April 2022.

On Wednesday, another group firm Future Consumer Ltd informed about the resignation of its independent director Adhiraj Harish from the board of the company.

On April 28, the Mumbai bench of NCLT gave time till May 12 to submit its reply to the insolvency petition filed against the company by the Bank of India.

FRL was part of 19 companies, which were supposed to be transferred to Reliance Retail as part of a 24,713 crore deal announced in August 2020 to sell its retail, wholesale, logistics, and warehousing assets.

The deal has now been called off by the billionaire Mukesh Ambani-led Reliance Industries Ltd last month after the creditors of the listed entities voted against it.

The deal was also opposed by e-commerce giant Amazon, which in 2019, had picked up a 49 percent stake in Future Coupons Pvt Ltd (FCPL), a promoter firm of FRL.