SpaceX’s Starlink Set to be Launched in India Soon Currently, Starlink can be accessed in only 32 countries

Elon Musk owns a plethora of businesses, some of which are revolutionizing the world and the industry they play in currently. Tesla is changing up automobiles while SpaceX is pioneering space travel. One of SpaceX’s subsidiaries is Starlink which is a satellite internet connection constellation. Currently, it has operations in 32 countries and plans to have global coverage to all countries in every corner of the earth.

As of this month, the company have close to 2,300 low orbit satellites which are connected to the transceivers in the ground to provide internet connection. 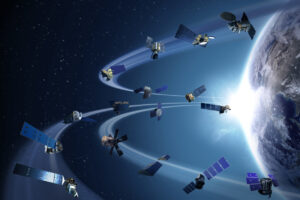 It was founded in 2018 by Mr. Elon Musk and it is a project that is set to span at least 10 years and they have a budget of close to $ 10 billion USD. The company is currently running a loss, but they have estimated that they will be raking in approximately $ 30 billion USD by the time we hit 2026.

Currently, Starlink can be accessed in only 32 countries. The company released a map recently showcasing the countries that the service is already available in, countries where the service will be available soon and ones in a waitlist.

The countries that already have access to Starlink are the usual USA, Canada, Mexico, UK, France, Germany, Western Europe, Australia, New Zealand and a few other places like parts of Brazil and Chile.

In the ‘Coming Soon’ colour of the map, India was part of it. Other countries like Pakistan, Bangladesh, the entire South East Asia, Nordic region, South America and the entire continent of Africa was also part of the coming soon section. Many Middle Eastern countries along with Turkey also made up the section.

Starlink is another operation that is set to revolutionize the entire world of internet as high-speed data can be accessed in the rural and remote parts of the world. No matter where you are, the desert or the mountains, you’ll still have access to high speed internet. However, the company is finding it difficult to scale it up right now, as well get permits to get access into various countries.

The cost of subscription also seems like it would be too high for many developing countries like India and Indonesia. The subscription costs vary between $499 USD to $599 USD annually and it might increase in the future soon.

The concept of Starlink seems to be a great one, but the scalability and price point seems to be big downfalls for its growth.