Ashwini Vaishnaw: India Is in Talks With 30 Countries About UPI He said that these platforms have avoided the creation of monopolies in the digital services sector -- the kind that are present in developed countries.

Ashwini Vaishnaw, who is the Minister for Electronics and Information Technology, recently came out to say on the 4th of July that the country is currently in discussions with 30 different countries about their unified payments interface. He also went on to say that they have penned Memorandum of Understandings with 3 countries in this subject. 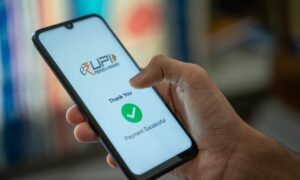 He said this on the opening day of this year’s digital week. He went on to say that the Prime Minister, Mr. Modi had told him that he wants the feature of Unified Payments Interface (UPI) to be a mode of payment all across the globe. So, they are currently on that mission to expand the Indian made digital transaction facilitator and are currently talking to various governments around the globe. He went on to say that they have already penned MOUs with 3 important countries being, the United Arab Emirates, France, and Singapore.

The unified payments interface which was established 6 years ago, back in April of 2016 is a digital transaction interface that was created by the National Payments Corporation of India, a division of the Reserve Bank of India. It is a platform that contains many financial features that also allows easy and secure digital transactions from person to person, business to business and even people to business. It has become one of the most common methods of transactions that even street vendors allow them.

UPI transactions are expected to cross $160 billion a year by 2025 with a compound annual growth rate of over a 120%.

In the event, Mr. Vaishnaw goes on to say that the financial tech innovation by the country has ensured that no monopoly has formed in this sector like how they are present in many first world countries across the globe.

He also said that, over the past two months, over Rs. 10 lakh crore was transacted using just UPI which is milestone showcasing that the feature is a massive success and that they are moving in the right direction.

Mr. Narendra Modi, who attended the very event said that the entire world is looking at the country’s UPI and its features very positively and went on to say that even the World Bank has appreciated them for it.  He also said that this method of payments is something that can be scaled up, safe, and democratic.

He also went on to say that it has boosted the entire fintech sector, creating lakhs of employment opportunities.