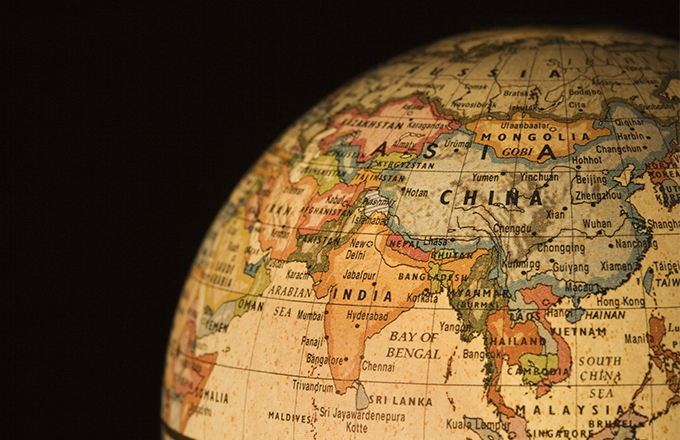 New Delhi, Nov 24 (PTI) : Asia is poised to drive global trade to around USD 68.5 trillion by 2050 and growth of merchandise exports from India is set to outpace China, an HSBC report says.

According to new forecasts in HSBC’s landmark Trade Winds report, Asia is likely to be the starting point for a quadrupling of worldwide exports to an estimated USD 68.5 trillion by 2050.

India also has the potential for strong growth and is projected to outpace China, the report said, adding that the growth in merchandise exports from India is expected to average 6 per cent a year in 2025–50 compared with just under 5 per cent a year for China.

“Asia’s position at the leading edge of technological and supply chain innovation gives the region a unique opportunity to benefit from this next wave of globalisation,” Paul Skelton, HSBC’s regional head of Commercial Banking, Asia Pacific, said.

The report noted that Asia-Pacific’s share of global exports is forecast to rise from around a third in 2015 to 46 per cent in 2050 while Western Europe’s share is expected to decline to 22 per cent from 34 per cent, and North America’s is likely to fall to 9 per cent from 11 per cent.

China is expected to extend its lead as the world’s leading exporter, with its growing influence in Asia further extended by projects such as the ‘One Belt, One Road’ initiative and the Asian Infrastructure Investment Bank (AIIB).

The report, which was commissioned by HSBC Commercial Banking and compiled by Oxford Economics, identifies three distinct waves of trade development — the first from 1865 to 1913, the second from 1950 to 2007 and the third set to run from 2015 to 2050.

“The map of world trade created by this third wave of globalisation may look very different from today’s as shifting demographics and economic catch-up — with almost 3 billion people joining the middle class by 2050, most of whom will be in emerging markets — lead to significant shifts in trade patterns,” HSBC said.