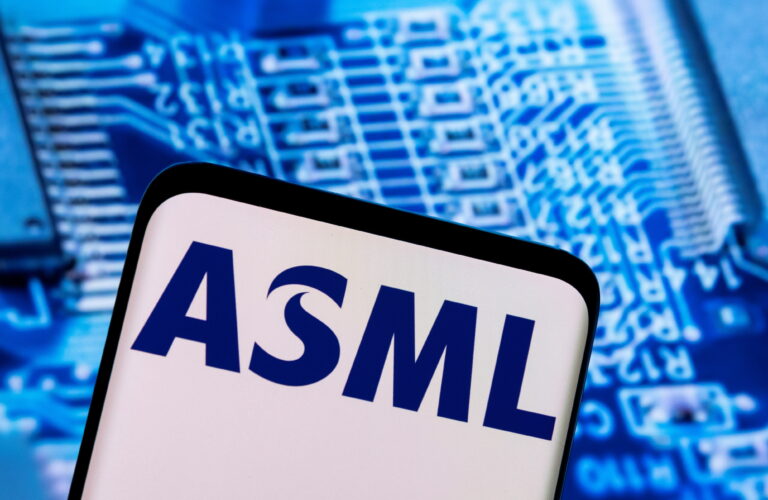 Indrajeet Giram·January 25, 2023
Markets
ASML Holding NV, Europe’s largest technology company, has reported fourth-quarter earnings that beat forecasts and has forecast a more than 25% rise in 2023 sales.
Despite possible new restrictions on exports to China, the company’s order backlog has grown to a record 40 billion euros at the end of the year. ASML specializes in producing equipment for semiconductors, and has struggled to meet demand from top customers TSMC, Samsung, and Intel, who are all undertaking major expansions.

Credit Suisse analysts have noted that the earnings may be taken negatively by the market, given the recent rallies in the company’s share price, up 22% in January and up 55% from October lows. However, they have also stated that ASML’s structural prospects remain unchanged.

CEO Peter Wennink has acknowledged that the economic outlook for 2023 is clouded by worries over the economy and growing semiconductor inventories. However, he also noted that customers see conditions improving towards the end of the year and China’s economy recovering after the end of COVID-19 curbs.

ASML Holding NV has reported fourth-quarter earnings that beat forecasts and has forecast a more than 25% rise in 2023 sales despite possible new restrictions on exports to China. The company’s order backlog has grown to a record 40 billion euros at the end of the year and CEO Peter Wennink has stated that the demand for the company’s products is still higher than what it can make, despite the economic uncertainty.

In addition to the strong earnings and sales forecast, ASML also highlighted its strong order backlog as a sign of continued demand for its products. The company’s backlog, which is a measure of future revenue, has grown to a record 40 billion euros at the end of the year. This is a positive indicator for the company’s future growth, as it suggests that customers are still placing orders for its equipment despite the economic uncertainty.

ASML’s strong performance in the semiconductor industry also highlights the growing importance of technology in our daily lives. Semiconductors are used in a wide range of products such as smartphones, laptops, and other electronic devices, and as technology continues to advance, the demand for these devices will likely continue to grow. This in turn will drive the demand for semiconductor equipment and companies like ASML that produce it.

It’s worth noting that the company’s revenues are heavily dependent on the demand from its major clients, particularly TSMC, Samsung and Intel, who are expanding their production capacities. If these companies face any challenges in their operations, it may negatively impact the revenues of ASML.

Moreover, the recent discussion about possible new export restrictions on some of ASML’s sales to customers in China due to security concerns is worth keeping an eye on. If these restrictions are put in place, it could have a negative impact on the company’s sales in one of its key markets.