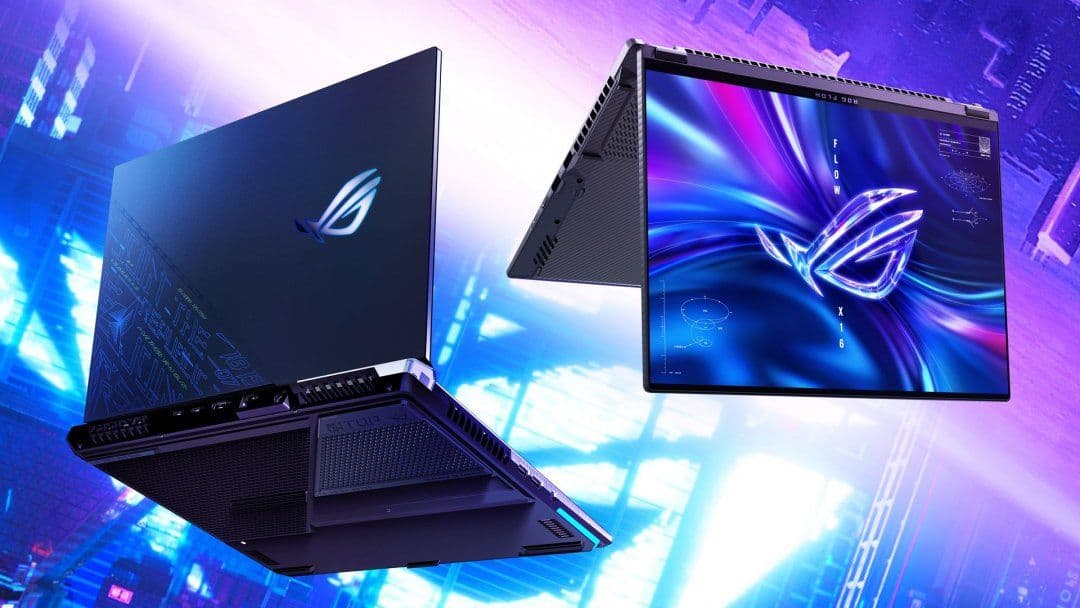 Asus has introduced two new premium laptops, after the relaunch of its ROG Strix and TUF gaming laptops with the newest Intel and AMD components earlier this year. The new ROG Flow X16 and Strix Scar 17 SE (Special Edition) have the most recent AMD and Intel CPUs, RTX GPUs, and other features.

Asus ROG Strix Scar 17 SE – What does it feautre? 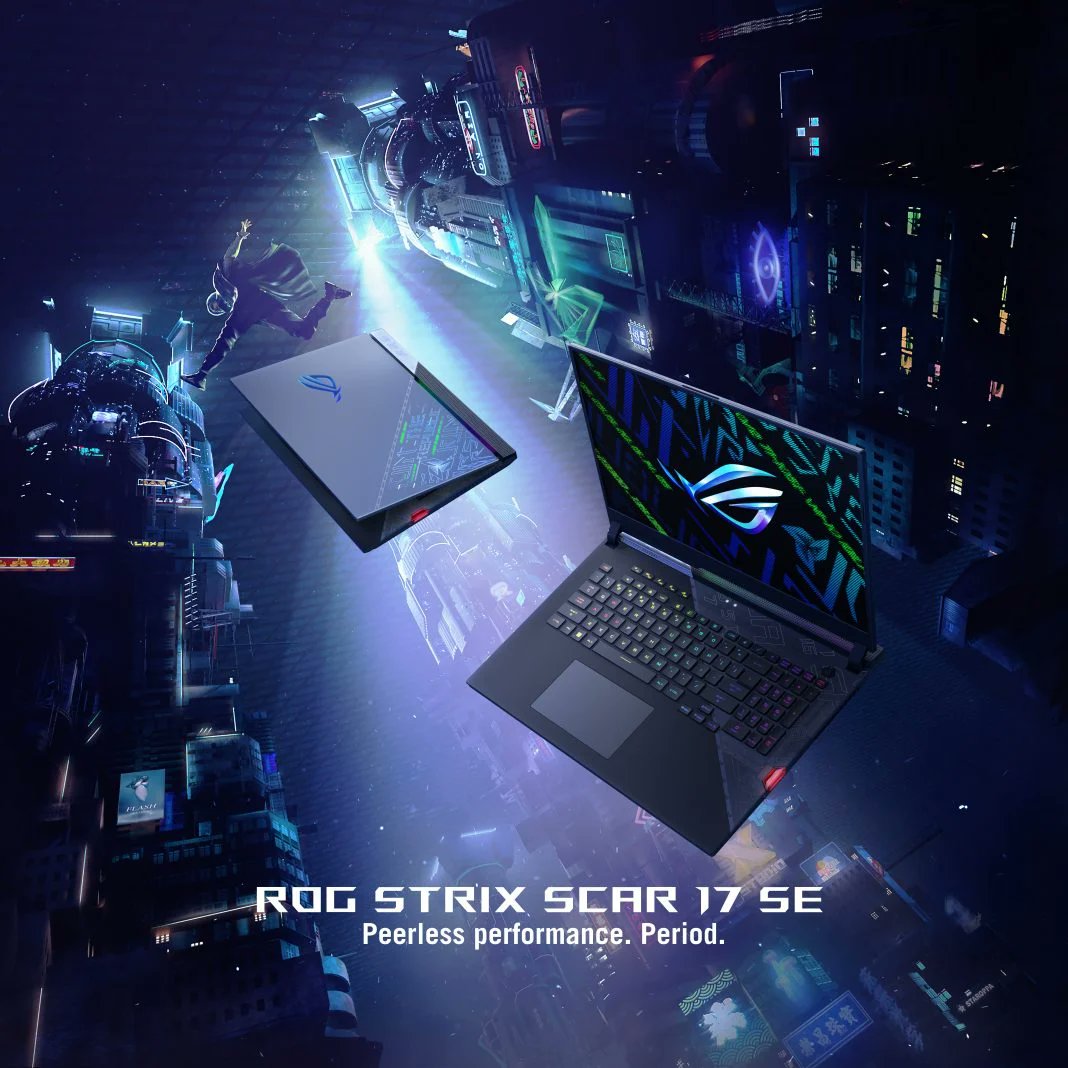 Asus unveiled the ROG Strix Scar 17 2022 Edition earlier this year at CES. The Strix Scar 17 SE or Special Edition, on the other hand, has more powerful internals and improved specifications than the previous model. Beginning with the design, Asus has always been inventive with the outside designs of their premium laptops, and the Strix Scar 17 SE is no exception. On the top lid, there is a text-based design created by Asus using a unique invisible ink.

The pattern seems subdued in normal lighting, but when exposed to a blue LED or a UV light, it lights in a green-blue color theme. Asus will also include a small UV lamp in the special edition Strix Scar 17 package.

Additionally, by inspecting the design closely, visitors may discover a hidden message for a mini-game called SCAR Runner. In terms of display, it has a 17.3-inch Full HD 360Hz display or a QHD 240Hz screen. The Strix Scar 17 is powered by the newest 12th-Gen Intel Core i9-12950HX processor, which Intel launched earlier this month for multimedia makers. It features a basic TDP of 55W and 16 cores and 24 threads to give an outstanding performance while drawing up to 175W.

Meanwhile, Asus has included a more powerful RTX 3080 Ti GPU that can now utilize up to 175W of power utilizing Dynamic Boost, as well as a MUX switch to switch to the discrete GPU and deactivate the CPU’s integrated graphics processor. Up to 64GB of DDR5 4800 MHz RAM and up to 4TB PCIe 4.0 SSD storage are supported.

Because of the Strix Scar 17 SE’s strong and power-hungry components, Asus had to design a new cooling system. So, in partnership with Thermal Grizzly, it created a unique thermal compound known as “Conductonaut Extreme.”

This substance is applied to the device’s CPU and GPU to keep them cool during intense tasks. According to Asus, the new thermal paste reduced temperatures by up to 15 degrees when compared to the conventional Thermal Grizzly paste.

Furthermore, the 330W power adapter of the gadget has been revamped by the business to be 34% smaller and 27% lighter than the adapter of the Strix Scar 17 2022 Edition. The battery of the laptop is 90Whr. It has a Thunderbolt 4 port, an HDMI 2.1 port, a 2.5Gb Ethernet port, two USB-A ports, and a 3.5 mm combo audio jack as interfaces. It also has four Dolby Atmos speakers, a backlit keyboard, and other features.

The ROG Strix Scar 17 will run Windows 11 Pro and will have other Asus applications such as the feature-rich Armory Crate software and Asus support. The base model will cost £4,000 and will be available in the third quarter of 2022.

Asus ROG Flow X16 – What does it feature? 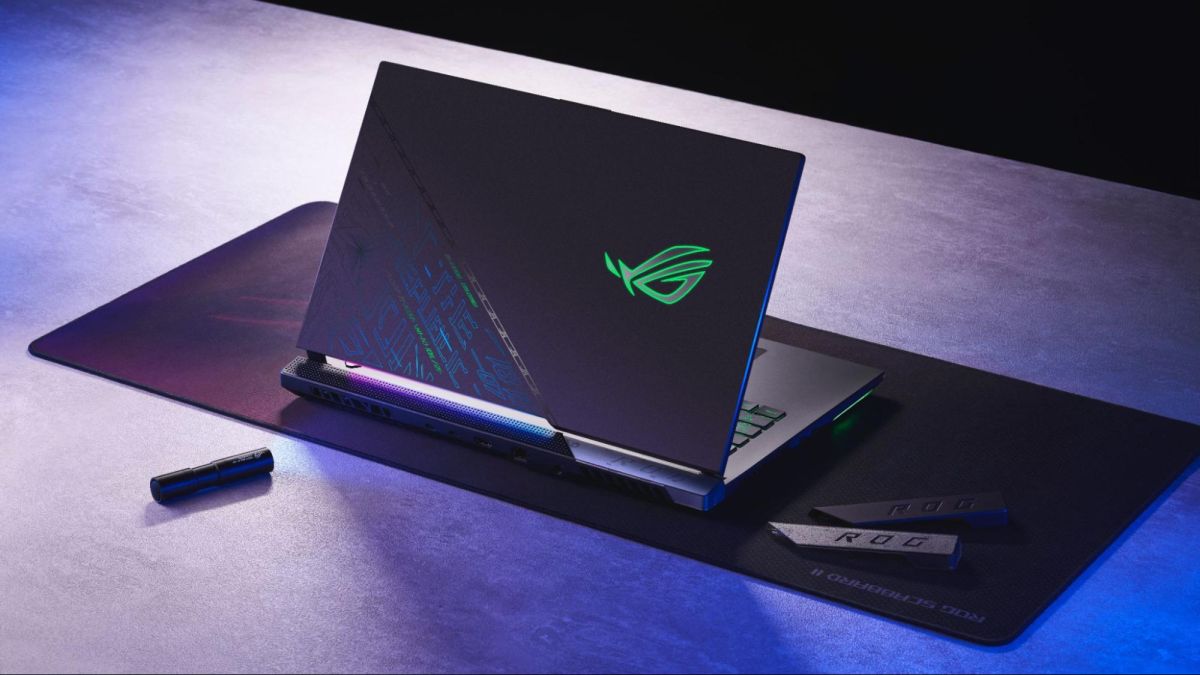 The ROG Flox X16 is the successor to last year’s ROG Flow X13, and it has a larger 16-inch screen with a 16:10 aspect ratio. It is a 2-in-1 convertible computer with a 360-degree hinge and multiple physical modes such as tent mode, tablet mode, and conventional laptop form.

Starting with the display, Asus has added their ROG Nebula HDR display to the new Flow X16, which is the company’s name for a Mini-LED screen. It is a QHD+ panel with a refresh rate of 165Hz and a brightness of 1,100 bits.

The panel also offers 512 local dimming zones, a DCI-P3 color gamut of 100 percent, and is Pantone-validated. It also accepts input through touch and stylus. There is also a 16-inch QHD 165Hz variant with Mini-LED and 500-bit brightness capability.

The Flow X16 is powered by an AMD Ryzen 9 6900HS CPU and an Nvidia GeForce RTX 3070 Ti GPU. Users may also add extra graphics capability to the smartphone by using Asus’ ROG XG mobile eGPU. There is also a MUX switch that may be used to direct all graphics rendering processing to the discrete GPU while turning off the integrated one.

To keep the Flow X16 cool during intense activities and long-session gaming, Asus has also added a new “Frost Force” cooling system with a Thermal Grizzly-made liquid metal thermal compound. To divert heat away from the internal components, there are three cooling fans, a massive heatsink stretching over the entire laptop, and many heat pipes.

The laptop also has up to 64GB DDR5 4800 MHz RAM, up to 2TB PCIe Gen 4 SSD storage, 4 Dolby Atmos speakers, a backlit keyboard, Wi-Fi 6E, Bluetooth 5.2, and a 90Whr battery. USB Type-C, two USB Type-A, HDMI compatibility, a 3.5mm audio connector, and a microSD card reader are among the I/O ports. It is powered by Windows 11 Pro. Asus has not yet disclosed the pricing or availability of the new ROG Flow X16. We anticipate that the gadget will be available before the end of the year.