Dogecoin and its prominence in cryptocurrencies 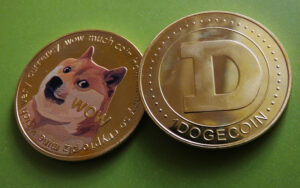 Dogecoin started as a joke seven years ago. In 2021, the meme community got in collaboration with cryptocurrency lovers and investors started the rally of Meme-cryptocurrency. It was essentially created by Software engineers Billy Markus and Jackson Palmer. The creation was made to make fun of the payment system and make fun of the speculations prevalent in the crypto world. It is the first meme coin or the first dog coin that came into existence.

Crypto market crash and its effects on Dogecoin.

After the crypto market went down-hill, all the cryptocurrencies in the world lost at least 60% of their value. Cryptocurrencies like bitcoin, Ethereum were not spared. In the same fashion, Dogecoin also witnessed down trend. Since Dogecoin functions majorly on the Demand and Supply phenomenon, the market crash did not influence the price majorly as the value of dogecoin was never sufficient. The value of the dogecoin is speculated to be fallen by at least 5-10%.

How did market crash cause amateur investors suffer?

Generally, investors who study the market critically and take every move after planning and analyzing outcomes of the results, don’t suffer a lot by sudden market crashes. This is because they develop an instinct to predict the market flow over time and invest accordingly. But, there is a trend in the modern generation to follow influencers on Social Media Platforms such as Youtube, Meta owned Instagram. Investors who follow these so-called influencers listen blindly and invest in cryptocurrencies without any study. Such amateur investors suffer the most when the market crashes and the currencies lose a lot of value.

Dogecoin’s creator Billy Markus feels that more than 70% of the investors are amateur. He thinks that most of them don’t even have a clue of what’s happening in the market and blindly follow influencers and use hype Youtube videos as a medium of research about the market. In a tweet he went to say that “Large Swaths of Crypto investors don’t even understand the fundamental basics of either crypto or how market works.” His comments came in after the disastrous collapse of Terra’s stablecoins UST and LUNA in which both lost at least 97% of their value causing millions of rupees disappear. He also added that, the investors need to do a proper market research and not follow influencers and use some common sense before investing in crypto currencies.