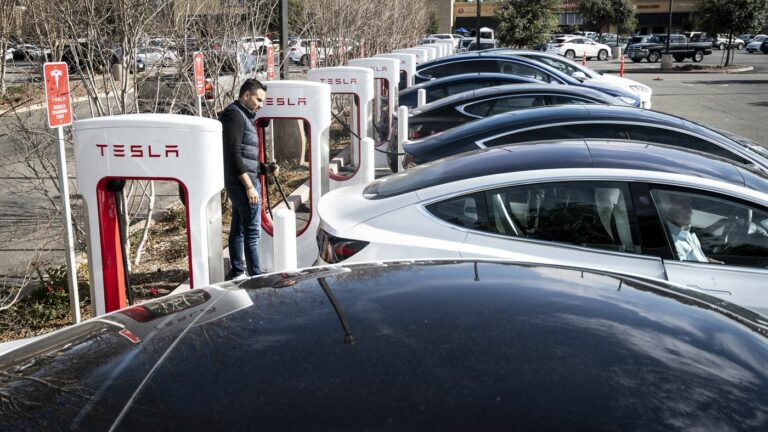 Super Bowl continues to get advertisements for its ads from automakers. The question remained whether it really helped automakers get an edge over Tesla. Now, the data shared by the Green Car Reports, it is evident that the gross orders after the ad release were the highest.

The report doesn’t speculate on what caused that spike in orders, but it’s worth noting that this year’s Super Bowl had more EV ads than ever before—just not from Tesla. General Motors, BMW, Kia, and Nissan all had ads, as did charging-equipment company Wallbox. Polestar debuted its first Super Bowl ad. So perhaps the number of ads stirred general interest in EVs, leading some consumers to the company most associated with them. That’s unfortunate for the automakers that shelled out millions for Super Bowl ads, but it may at least point to more interest in electric cars.

Tesla hasn’t produced traditional ads—although that hasn’t stopped fans from creating them. While the Porsche Taycan inspired an unofficial Super Bowl ad of its own, no automaker can match the attention Tesla has earned without traditional advertising. In addition to fans spreading the gospel, Tesla has benefited from high-profile CEO Elon Musk and a carefully-cultivated image of Silicon Valley tech luster. But traditional automakers are finally trying to catch up. The automaker didn’t release any actual metrics and only focused on the increased rate, which looks about twice as high as its average rate.

Five years ago, automakers offered a wide range of “compliance” EVs, but they rarely were advertised outside of their targeted lease areas. Those ad dollars are a sign of where the car industry is going, but don’t reflect where car sales stand right now: Only 9% of total global passenger car sales were electric vehicles, according to new research published Monday from market research company Canalys.

In 2021, 6.5 million EVs were sold worldwide, according to Canalys. That includes fully electric and plug-in hybrid passenger cars and represents 109% growth over 2020. By comparison, the total global passenger car market grew 4% in 2021, Canalys said. That means the electric vehicle market is growing at more than 25 times the pace of the car market overall, but it’s still only a small piece of the total. Of the 6.5 million EVs sold in 2021, 3.2 million EVs were sold in 2021 to mainland China and 2.3 million EVs in Europe. “In many European countries EVs represented more than a quarter of new cars sold,” said Ashwin Amberkar, an analyst at Canalys, in the report. “But customers must be patient. A nine to 12 month wait time for a new EV is not unusual.”