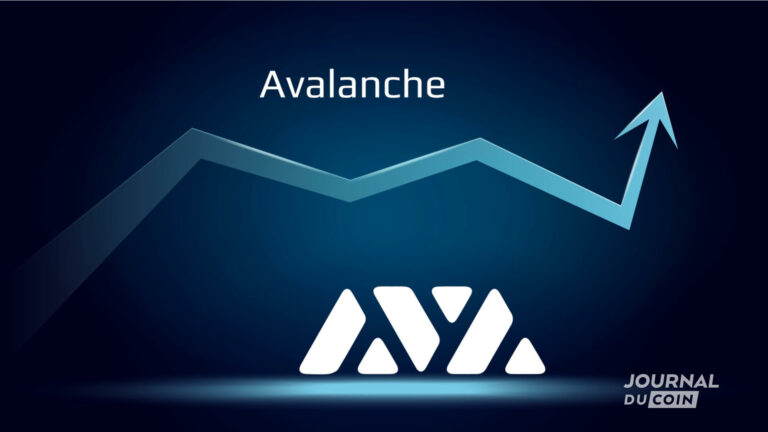 Avalanche: Everything you need to know

Crypto has been one such industry that has been booming for quite some time now and has gained popularity and a significant increase in growth over the past couple of years. As usual, many industries come up each day and a lot of them gain success and fame but out of those few industries, crypto is the one that has been majorly contributing to society at large and has made quite a name for itself.

Cryptocurrencies have been with us here a long time now for us to be able to understand what it is all about and its functionalities. Crypto as it is commonly referred to as is nothing but just a form of virtual currency which is to some extent, equivalent to physical money. This virtual or online asset of yours can easily be used for the purpose of trade and exchange and for buying and selling goods and services over the web.

Many of you might already be aware of some of the key features and characteristics of cryptocurrency but for some others who are not so well versed with the whole concept, let me help you with that. The entire crypto industry is based on something known as blockchain technology, which is indeed used for recording and verification of transactions performed on the platform.

The platform is immensely secure, all thanks to cryptography as well as highly decentralized, which as a matter of fact will help it to function outside the jurisdiction of central authorities and can work freely and independently. Some other characteristics of crypto include portability, volatility, uncertainty, ease of use as well as its highly intuitive nature.

Since we are talking about various currencies available today in the marketplace, it is worth mentioning that, in the industry, new currencies come up every day and millions of new users are joining in with each passing hour. Some popular currencies include Bitcoin, Cardano, Ethereum, Dogecoin, Binance Coin, Baby Doge, and many more.

In addition to this, as per global experts on the field, the cryptocurrency industry is likely to entirely revolutionize the current payment system, that too on a global level, and from where I stand, I believe that it has already started progressing towards that very goal. Now that you have a brief overview of the cryptocurrency industry, you will be able to have a much better understanding of what we have with us today, Avalanche.

Everything to know about Avalanche (AVAX)

Avalanche or as often referred to as AVAX is nothing but a form of layer-1 blockchain that is known to operate as a platform for custom blockchain networks as well as decentralized applications (DApps), launched by Ava Labs. A majority of us present here today are already aware of Ethereum as it is one of the leading currencies and the most popular blockchain for smart contracts especially. Now, Avalanche is one such platform that is in direct competition with the Ethereum network, and in regards to their rivalry, Avalanche focuses to surpass Ethereum on that front.

For those of you wondering, how exactly does Avalanche plan on doing that? Allow me a chance to explain. In order to achieve its goal, the platform is said to have an elevated transaction output of nearly 6500 transactions every second, while ensuring that the platform does not compromise on scalability in any way possible.

In simpler words, the platform describes itself as a programmable and open smart contracts platform for several decentralized applications along with being compatible with Ethereum’s programming language as well as its Solidity and can be implemented in order to deploy public and private blockchains as “subsets”. Furthermore, Developers who create using the Avalanche platform can easily develop reliable, secure, and powerful applications as well as custom blockchain networks having a complex set of rules.

Basically, Avalanche is known to allow users on the platform to build anything they imagine by providing them with full control over both applications layers as well as the network itself. Before moving on further, it is vital for you to know that the Avalanche project was launched on the mainnet a year ago in September 2020.

In addition to this, after its mainnet launch last year, Avalanche has been seen working on developing its very own ecosystem of decentralized finance (DeFi) along with decentralized applications(DApps). Moreover, several other projects based on Ethereum including TrueUSD as well as SushiSwap have integrated with Avalanche. While the platform is dedicatedly working on improving interoperability between Ethereum and its own ecosystem, it majorly does that with the help of bridges.

However, AVAX that I mentioned at the very beginning is known to be the native currency of the Avalanche ecosystem. This token has several uses, one of which is to pay for the fees and to receive rewards. In other words, AVAX is one such currency that can easily be used to pay the transaction fee along with users being able to stake it in order to secure the network.

As per reports, starting today, Avalanche or AVAX is finally made available on Coinbaase.com as well as in the Coinbase app for Android as well as IOS, after a really long time. As a result, users on Coinbase will now be able to send, trade, store or receive AVAX in most of the regions that are supported by Coinbase.

The developers of the project refer to Avalanche as the “platform of platforms” as it uniquely leverages three different blockchains in order to create a trustless as well as an interoperable framework for the developers. Not just that, all of this mentioned above is basically made possible majorly because of the platform’s architecture which is different from all others. As said previously, the Avalanche Network comprises of three individual blockchains namely, C-Chain, X-Cain as well as P-Chain.

The Exchange Chain or as commonly referred to as the X-Chain is employed in order to exchange and develop the AVAX token along with other assets. Similar to the standard of ERC-20, these tokens too follow a standardized set of rules while using a different consensus mechanism. On the other hand, the Contract Chain (C-Chain) is known to host decentralized applications as well as smart contracts.

Not just that, the blockchain has its own Avalanche Virtual machine which is somewhat similar to the Ethereum Virtual Machine, thus allowing developers to fork decentralized applications that are EVM compatible. Also, it uses the well-known Snowman consensus mechanism. Lastly, the Platform Chain (P-Chain) is responsible for coordinating with all the network validators along with tracking already active subsets and enabling the creation of newer subsets.

For those of you wondering what are subsets? Let me help you with that. Sort of like a validator cartel, Subsets are nothing but sets of validators. Think of it as multiple blockchains that can be validated by each subset but on the other hand, a blockchain can only be validated by a single subset. This blockchain too uses the Snowman consensus mechanism.

Also, it is vital for you to know that each of these blockchains has its own purposes which are different from all the others and is completely different from the approach that leading platforms in the marketplace use, just like Ethereum and Bitcoin for instance, namely having all the nodes in the network validating all the given transactions. Based on their use cases, Avalanche is one such platform that is even known to use a different consensus mechanism than what we commonly see being used. All of this is what makes the platform unique In some way or the other.

Also, it is worth mentioning that, Avalanche is below its all-time high of 5,893.49 Indian rupees which is equivalent to 79.42 US dollars, by about 13.82 percent. In just the past week alone, the value of Avalanche has gone downhill by11.42 percent. As far as investing in Avalanche goes, reading so far, you might have gotten a fair understanding of the platform and by now you should be able to decide on your own whether or not investing in Avalanche is the right thing for you to do.

Given the past performance of the platform, when combined with what it has to offer and its plans for the near future, I believe that Avalanche might just be the right choice for a long-term investment that might reward you with good returns over time. Moreover, if that is not convincing enough, Avalanche has just been launched on the popular crypto exchange, Coinabse.com, which would further boost up the prices and it might be possible that Avalanche will hit an all-time high again in the near future.

But again, as mentioned at the very beginning, crypto is a highly volatile marketplace and is extremely uncertain. Thus, It is extremely important for you to understand the fact that just like any other currency in the crypto marketplace, Avalanche does have its own risks as well and you should invest only if you are willing to take those risks and bear any and all losses if at all necessary.

If you are wondering, where can you buy Avalanche? Let me help you with that. Currently, Avalanche is available on all major crypto exchanges but some of the popular exchanges that have AVAX listed on them include Binance, Gate.io, Bitfinex as well as Kucoin to name a few.

In conclusion, What are your thoughts on the Avalanche? Do let us know in the comments below. To know more about various cryptocurrencies, do check out other articles we have on our website. Thank you for your time & if you found our content informative, do share it with your investor friends!

Also read: OMG Network: Everything you need to know