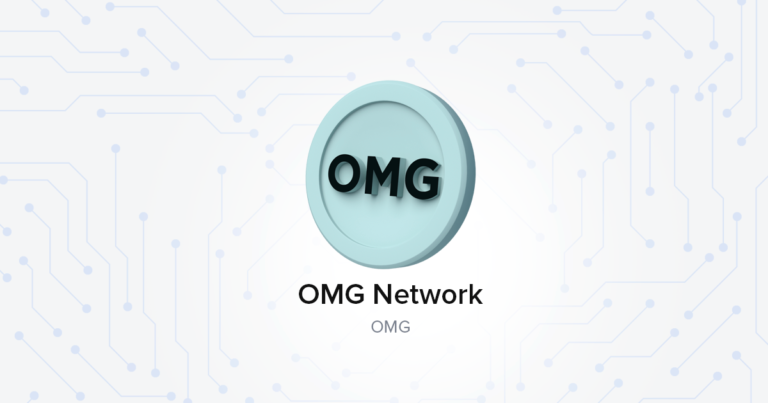 OMG Network: Everything you need to know

Over the past few years, we have witnessed the growth of many industries in the marketplace, one of which was the crypto industry. The crypto world was first launched to users a couple of years back and since then it has been booming like anything. The increase in its growth and popularity is surreal and as a matter of fact, millions of new users from all over the world are joining the industry every given day, and simultaneously, newer currencies have been coming up at a similar pace.

As usual, before we start with what we have with us today, we will first talk in brief about cryptocurrencies in general and what is it all about, as some of you who are new to the crypto ecosystem, may not be very well aware of the basics of the industry and most of all its functionality and working. Virtual currencies are a part of the global payment system today, all thanks to crypto. This online asset of yours can very well be spent over the trade and exchange of goods and services as well as can even be used to buy and sell goods and services online.

Crypto has been with us for quite some time now and it is one such industry that has managed to build its reputation and make a name for itself. Cryptocurrencies are a globally accepted form of payment and are desired by a lot of potential investors throughout the world. Basically, cryptocurrencies are portable, easy to use, user-friendly, decentralized as well as highly secure, all thanks to cryptography.

Those of you who have been following crypto for a long time now might agree with me on the fact that when the industry was first introduced, there were not many people interested to be a part of the crypto community, and thus, there were very few currencies available back then for you to choose from. For instance, Bitcoin is one of the oldest and most popular currencies available to date. But obviously, over the years, a lot has changed and so is the face of the industry.

Looking today, you’ll come around various cryptocurrencies that are currently in the marketplace for you to pick from including Ethereum, Dogecoin, Baby Doge, Cardano, Axie Infinity, Binance Coin as well as Bitcoin to name just a few popular ones. Lastly, it is worth mentioning that, crypto is one such industry that is believed to have been pacing towards completely revolutionizing the entire payment system on a global level and this cannot be said to be completely baseless because these assumptions are made by collective minds of global experts on the field.

Now that you have the basics clear in your mind, I sincerely believe that you will be able to have a much better understanding and judgment of what we have with us today, OMG Network. To know more, I suggest you read further.

Everything to know about OMG Network (OMG)

OMG network or as it was previously known as OmiseGo is nothing but a non-custodial scaling solution for Layer-2 which is developed over the Ethereum blockchain, that I believe all of you are already aware of. In simpler words, being a scaling solution built on the Ethereum platform, OMG Network is designed such that it allows users to transfer ERC-20 as well as ETH tokens at significantly cheaper rates and faster speed as compared to when performing transactions on the Ethereum Network itself.

In addition to this, the OMG Network operates as a single block producer, commonly known as Proof-of-Authority(PoA) chain. As mentioned previously, OMG Network builds a value transfer layer on top of Ethereum that combines together all the Ethereum transactions and further validates them with the help of a child chain which is speed-optimized before sending them back for confirmation on the Ethereum blockchain.

Not just that, if you are wondering what is this useful for? Let me help you with that. This allows all the transactions to be cross-checked in batches instead of single-handedly allowing the users on the platform to enjoy considerably lower costs of transactions along with much better speeds than directly using Ethereum. Also, it is worth mentioning that the OMG Network is operated by its parent organization known as Omise which is a company that is indulged in cross-border payments inside Southeast Asia.

Moreover, the network is based on Moreviable Plasma which is a novel scaling solution that uses a sidechain architecture in order to combine various off-chain transactions into a batch, which can then simply be verified as a single transaction on the root chain of the Ethereum Network. As per the officials on the Network, this technology that the platform uses has the potential to scale Ethereum to several thousand transactions per second (TPS) instead of Ethereum 1.0 which is capable of just ten-fourteen transactions per second.

Apart from this, OMG is also the native coin of the OMG Network which is obviously based on the Ethereum Protocol. The token however can be used as one of the methods to pay the fees on the OMG Network, which will eventually be stakable in the future, helping to secure the network in exchange for earning rewards.

Also, if someone wants to honor a contract or carry out transactions, they have to only use OMG coins. Basically, every time someone or the other uses the OMG Network, they pay with the help of an OMG coin. After this, the token is then sent out to validators or nodes on the network itself that enforces smart contracts, as per the rules of the network.

These nodes that we just talked about stake their OMG coins by simply locking them in the form of smart contracts. in simpler words, if you develop a contract, you will then be able to stake your tokens. Not just that, it is extremely crucial for you to know that, if you somehow fail to honor the contract created or perhaps break the rules, the tokens can be taken away from you as well. As a result, this helps in maintaining their value by limiting the number of tokens in circulation.

Reading so far, you must have already understood what OMG Network is all about, and thus, we will now talk about what makes OMG network different and unique from others? OMG Network believes that for mainstream businesses in the marketplace to start considering the development of their applications and products on the network, they will have to overcome Ethereum’s significant cost as well as speed barriers.

Based on what we previously talked about, the main focus of OMG Network is to help make Ethereum a much more attractive prospect to projects as well as businesses that are looking to scale along with being able to simultaneously cut down on their carbon footprint as well. For those of you wondering, how exactly is OMG Network able to achieve this? Allow me a chance to explain.

The Network is capable of achieving this with the help of its plasma-based sidechain solution which claims to have reduced usage of electricity by up to 99 percent as compared to that of Ethereum, while cutting fees by nearly two thirds, thus ensuring that the assets remain secured without any compromise through the underlying Ethereum Network.

In addition to this, the platform is known to have been funded by nearly twenty-five million dollars in the funding it received back in 2017, during its initial coin offering(ICO). Moreover, the parent firm of the platform, SYNQA recently received a Series C funding of about eighty million dollars, which was supported by various market-leading investment firms, including Sumitomo Mitsui Banking Corporation as well as Toyota Financial Services Corporation.

Not just that, the OMG platform has a current circulating supply of 140,245,398 OMG coins with a maximum lifetime supply of 140,245,399 OMG coins. Also, it is worth mentioning that, in just the past week alone, the price of the OMG token has gone uphill by nearly 24.85 percent.

As far as investing in the OMG Network goes, I sincerely believe that reading so far, you might have gotten a basic understanding of the platform and by now you should be able to figure out on your own whether or not investing in OMG is the right thing for you to do.

Seeing its past performance along with what the platform has to offer when combined with its future plans, the platform seems like a worthy investment if you are looking to invest for a long-term period. On the basis of the analysis done, OMG Network is much likely to hit its all-time high yet again in the near future, thus increasing the risk and profit opportunity for investors just like you!

But again, as mentioned at the very beginning, crypto is a highly volatile marketplace and is extremely uncertain. Thus, It is extremely important for you to understand the fact that just like any other currency in the crypto marketplace, OMG Network does have its own risks as well and you should invest only if you are willing to take those risks and bear any and all losses if at all necessary.

If you are wondering, where can you buy OMG Network? Let me help you with that. Currently, OMG Network is available on all major crypto exchanges but some of the popular exchanges that have OMG listed on them include Binance, FTX, OKEx, Huobi Global as well as Mandala Exchange to name a few.

In conclusion, What are your thoughts on the OMG Network? Do let us know in the comments below. To know more about various cryptocurrencies, do check out other articles we have on our website. Thank you for your time & if you found our content informative, do share it with your investor friends!

Also read: BarnBridge: Everything you need to know