Fed’s Powell says US has no plans to ban cryptos

Powell made the remarks at a two-hour hearing before the House Financial Services Committee on Thursday. The discussion, which was intended to provide representatives with an opportunity to question Treasury Secretary Janet Yellen and Federal Reserve Chairman Jerome Powell about the Treasury Department’s and Federal Reserve’s pandemic response, included many queries about cryptocurrency. 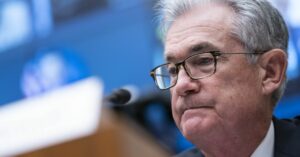 In early New York trade, the largest cryptocurrency rose as much as 10 percent to $47,884. Ethereum, Litecoin, and EOS all increased in value, with the Bloomberg Galaxy Crypto Index gaining by up to 8.3 percent. In September, Bitcoin fell 7.6 percent due to concerns about increased regulatory pressure in China and the United States.

Traders attributed the advances to a range of factors, noting that the fractionalized market makes digital assets sensitive to price volatility. Some highlighted remarks made by Federal Reserve Chair Jerome Powell on Thursday morning, while others noted price levels regularly monitored by technical experts.

“We could be seeing some de-correlation with traditional markets here,” said Vijay Ayyar, Asia-Pacific head of cryptocurrency exchange Luno Pte. “It’s a little early to say, though. However, that entire storyline that didn’t play out for the entirety of last year may be starting to take shape. Crypto appears to be in its own bull cycle and continuing upward, especially given the uncertainties around the US debt ceiling, China clampdown, and other issues.”

Powell said, “no intention” of banning cryptocurrencies during a congressional hearing on Thursday. Stablecoins, on the other hand, might be appropriate for regulation, according to him.

Despite a drop in September, Bitcoin increased by almost 25 percent in the third quarter. This is compared to a 41 percent drop in the previous three months.