Aventus: Everything you need to know 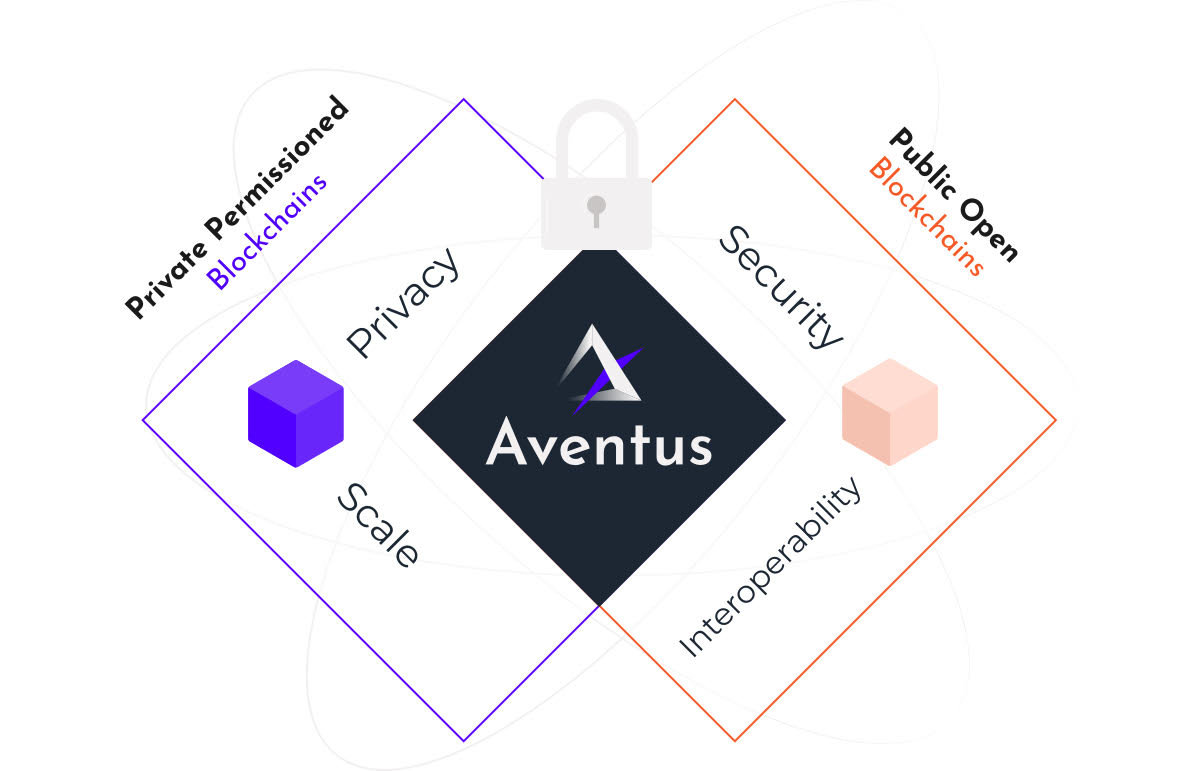 Now that you have a brief backstory about the crypto world, you will be able to have a much better understanding of what we have with us today, Aventus. To know more, I suggest you read further!

Everything to know about Aventus (AVT)

Aventus or as commonly referred to as AVT is nothing but a layer 2 blockchain protocol that is known to bring lower costs, scalability as well as speed to Ethereum transactions. In simpler words, Aventus is a scaling solution for Ethereum which is entirely focused on providing cheaper and faster transactions.

Apart from this, by now, some of you might be very well aware of the fact that, Ethereum is said to have scalability issues that make it a victim of its very own success. Also, as Ethereum is the choice for most businesses looking for a blockchain network, its maximum transaction throughput is known to be widely insufficient in meeting demands.

On a similar note, the economies of demand and supply have thus managed to increase transaction fees significantly, making them prohibitively expensive. However, the Aventus Network (AvN) plans on solving this very problem by simply letting businesses build on top of the popular Ethereum network with Aventus second layer protocol.

In addition to this, with the AvN, applications can easily be seen working with another promising blockchain technology, cross-chain, by just plugging into the Polkadot ecosystem, building on Substrate. Before moving any further, it is probably worth noting that, AVT is the native utility token of the Aventus platform, which as a matter of fact can be used for a variety of purposes on the platform itself. 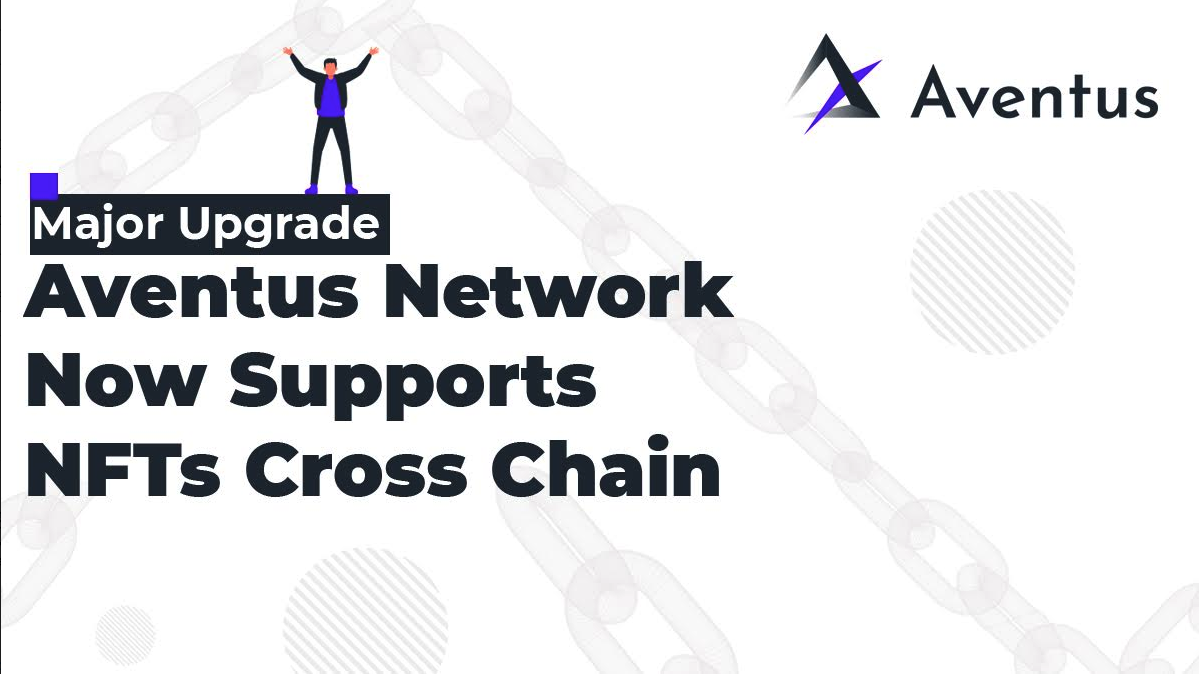 Furthermore, know that, transaction processors are said to stake AVT in order to secure the entire network and are then rewarded with certain newtork fees, while the platform also plans on allowing AVT holders to vote for upgrades. Other than this, Aventus is known to be built from the ground up to be enterprise-grade, thus appealing to large partnerships requiring millions of annual transactions.

Having said that, building on Substrate, Aventus is said to be designed as a layer-2 not just for Ethereum, but also for Polkadot and beyond, with the aim of enabling mass blockchain-based adoption with the help of cross-chain functionality. Basically, Aventus is a platform that gives enterprises the speed, scale as well as cost, while maintaining security, all across multiple blockchain networks.

For some of you wondering, what all can be the key use cases for Aventus? Allow me a chance to explain. So, talking about the primary use cases of the said project, a few of them include supply chains, Financial assets, non-fungible tokens (NFTs), rewards and royalties, data integrity, live entertainment as well as decentralized applications (DApps) to name a few of course.

Lastly, the Aventus network can theoretically scale nearly 2,000 transactions per second (TPS), which is about 133 times more as and when compared with Ethereum. Also, the average transaction cost on the same will begin at around 0.01 dollars which are said to decrease over time. This is 99 percent cheaper than the average transaction fees on Ethereum over the past year.

Now that we have talked much about Aventus, some of you must be wondering, whether or not it is a good idea to invest in the platform? If that’s the case, then let’s find out, shall we? 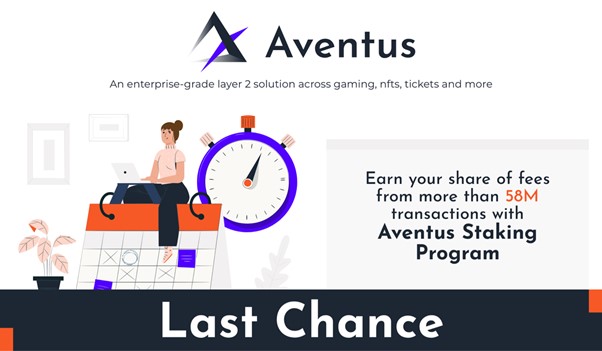 As of today, the price of Aventus is about 3.69 US dollars with a twenty-four-hour trading volume of 8,967,910 dollars. Not just that, in just the past twenty-four hours, the value of Aventus has gone up by 34.02 percent, and with the current market cap of 22,136,978 US dollars, AVT is currently placed at #780 position as per the CoinMarketCap rankings.

Also, it is worth mentioning that, the current circulating supply of Aventus is 6,000,000 AVT coins, with the maximum lifetime supply of the token being 10,000,000 AVT coins. In just the past week alone, the price of the platform has risen by 29.21 percent.

Reading so far, you must have gotten a fair understanding of the platform and by now, you should be able to figure out on your own whether or not investing in Aventus is the right thing for you to do. Seeing what it has to offer when combined with its performance in the recent past as well as its plans for the near future, I certainly believe that Aventus can prove to be a profitable investment in the near future, which is likely to provide you with higher returns and it is a possibility that your current investment may increase in value. But again, nothing can be said for sure! 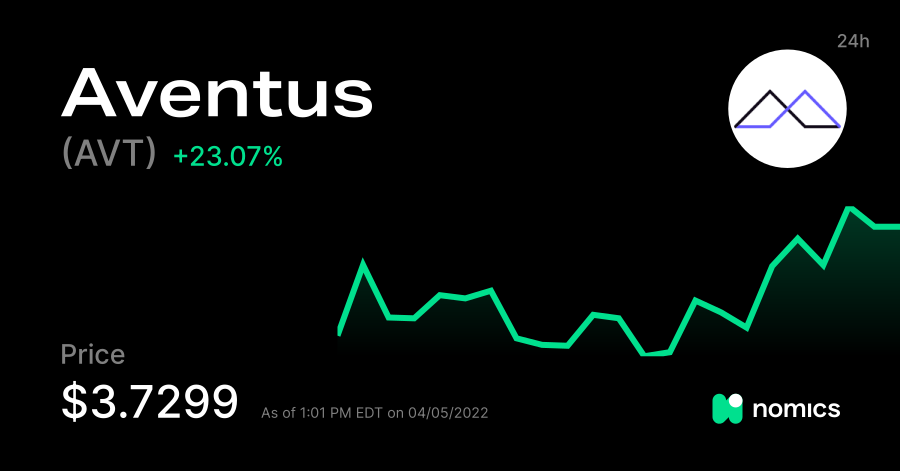 If still not convinced, see it this way that, if say you buy Aventus worth a hundred dollars today, you will receive nearly 26.388 AVT. According to the analysis done by experts in the field, after five years of your investment, the return is expected to be about +277.49 percent and thus, your current hundred-dollar investment will be nearly 377.49 US dollars in 2027.

As mentioned at the very beginning, crypto is a highly volatile marketplace and is extremely uncertain. Thus, It is very important for you to understand the fact that just like any other currency in the crypto marketplace, Aventus does have its own risks as well and you should invest only if you are willing to take those risks and bear any and all losses if at all necessary.

If you are wondering, where can you buy Aventus? Let me help you with that. Currently, Aventus is available on all major crypto exchanges but, some of the popular exchanges that have AVT listed on them include Coin base Exchange, Bittrex, Hoo as well as Mercatox to name a few.

In conclusion, what are your thoughts on Aventus? Do let us know in the comments area below. To know more about various cryptocurrencies, do check out other articles we have on our website. Thank you for your time & if you found our content informative, do share it with your investor friends!

Also read: Stargate Finance: Everything you need to know