A lot of currencies come and go but only a few of them have what it takes to enter the mainstream and actually make a difference, especially on a global level. Crypto is one such industry that was introduced worldwide a couple of years back and since then, it has been booming like anything. The growth and popularity it has been able to witness over the recent years is just extraordinary and no one would have ever anticipated that an industry focusing on virtual currencies would ever be able to be this successful and receives such support from investors all around the world.

As mentioned, crypto is one such industry that is extremely popular and so, it is only logical for me to assume that most of you are already aware of the basics of the industry, if not well versed with its functioning but still, before moving on further, it is worth talking about crypto, in brief, considering some of you who are new to the crypto world.

Cryptocurrencies, as the name suggests are nothing but a form of digital currency which is known to serve various purposes including the purchase and sale of goods and services as well as being used for the exchange and trade of these virtual assets over crypto exchanges available online. In simpler words, crypto is nothing but a blockchain-based decentralized platform, meaning that it uses blockchain technology for operations on the platform. 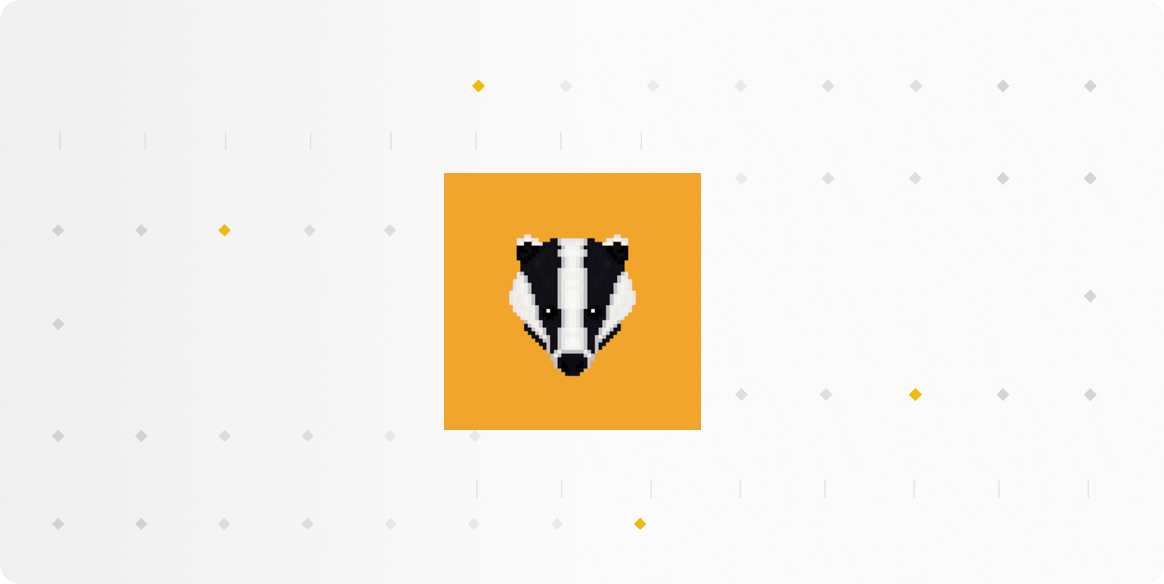 Speaking of the industry being so popular, it is worth mentioning that, some of the major reasons for its popularity include the fact that, it is highly portable, very convenient, easy to use, intuitive in nature, uncertain as well as dangerously volatile in terms of price fluctuations. For clarifications, the crypto world is known for its high volatility in the marketplace, meaning that the price changes that occur are almost immediate and are very difficult to predict.

Even the best in the field are often not able to predict the price changes for any specific currency or token, which is why it is extremely important for you to be very vigilant while investing in virtual currencies because along with having huge profit margins, if not done right, you could also end up with significantly high losses as well.

In addition to this, you should probably know that there are many currencies available today in the cryptocurrency marketplace, some of which include Bitcoin, Ethereum, Binance Coin, Cardano, Dogecoin as well as Polkadot to name just a few popular ones of course.

Now that you have the basic knowledge about cryptocurrencies, I believe that you will be able to have a much better understanding of what we have with us today, Badger DAO. To know more, I suggest you read further!

Everything to know about Badger DAO (BADGER) 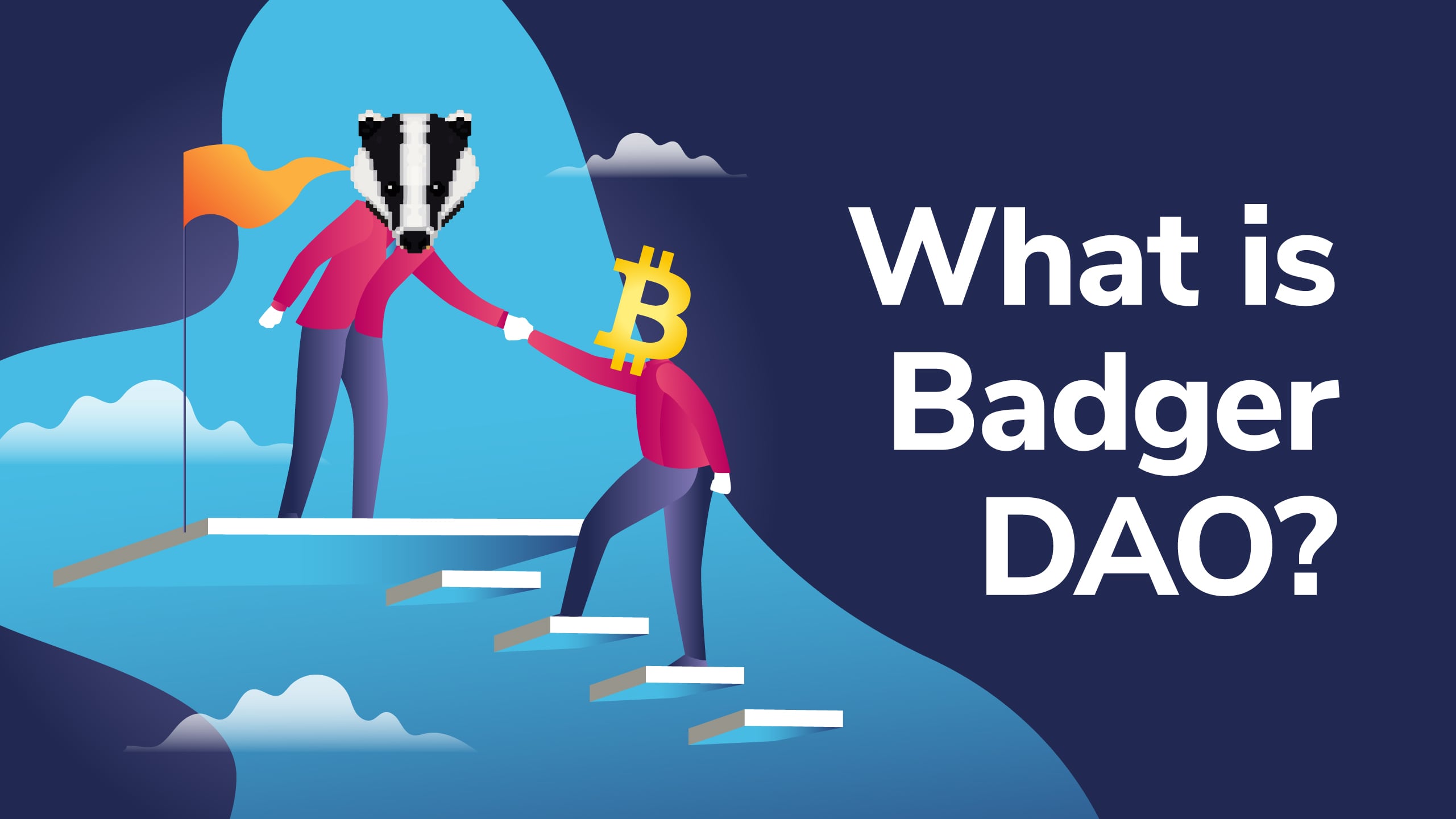 Badger DAO or as often referred to as BADGER is nothing but an open-source, decentralized automated organization that is focused on developing infrastructure and products in order to simplify the overall use of Bitcoin(BTC) as merely collateral across several smart contracts platforms.

In simpler words, as a majority of you may already know, the term DAO commonly refers to decentralized automation organizations. As mentioned, Badger DAO dedicated itself to build the products and infrastructure that is necessary for accelerating Bitcoin’s use across Ethereum along with many other blockchains. Thus, the developers of the platform made it such that, it can prove to be a complete ecosystem wherein projects across the landscape of Decenraalized Finance (DeFi) can collaborate to create products.

The role of DAO here is to allow these developers from different projects to align all their incentives with decentralized governance. Basically, the aim of the project is to bring developers together and encourage more collaboration rather than engaging themselves in competition. In addition to this, the platform is a shared space where the developers of the platform, known as Badge Builders, have the ability to work together and implement Bitcoin in a form of collateral to as many blockchains as possible.

Not just that, the developers can even earn a certain percentage of the fees along with the BADGER tokens from the developer mining pool in regard to every implementation. Moreover, it is worth noting that, the project of Badger DAO was founded by Chris Spasafora, who is an investor, a long-term crypto enthusiast, and a partner at Angelrock. Also, BADGER is the native utility token of the platform and was launched on the mainnet on December 3, 2020. These builders that we just talked about can be a group of developers, a single developer as well as a company for that matter. 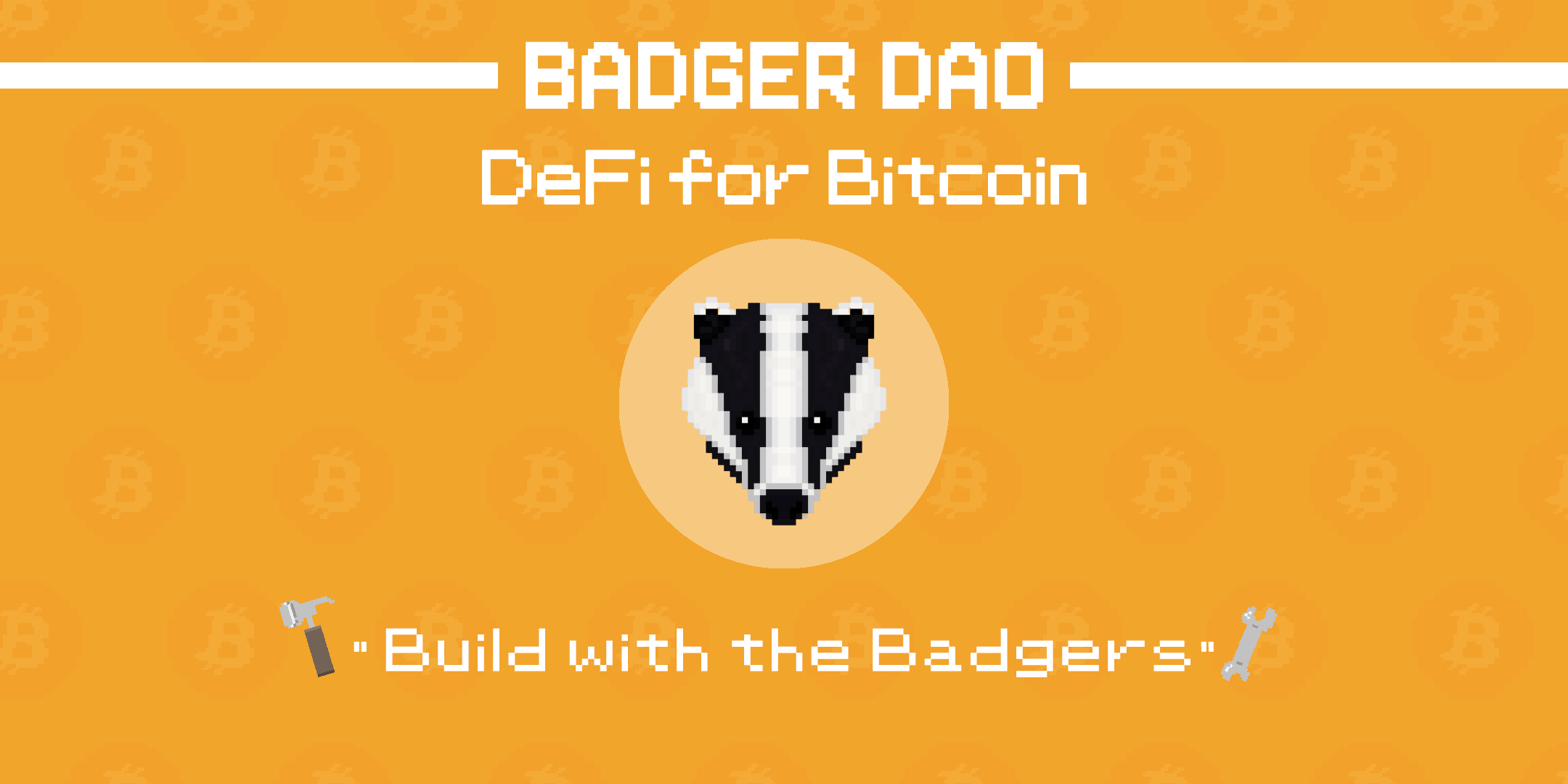 On the platform, there are no rigid obligations in respect to the participation requirements and anyone can create. Not to mention, the pillars of Badger DAO include the products created by the community, the Badger Builders, the dedicated team for Badger operations, the initial distribution of the BADGER tokens for the purpose of governance as well as the fact that all of the codes on the project are open-sourced.

Apart from this, another focus for the team is to ensure that Badger DAO starts as a community-led initiative, while governance will take decisions with respect to newer products. Also, the governance will ensure a fair distribution of the BADGER token for all their participants. Thus, apparently, it looks like Badger DAO is committed to a fair and fairly transparent ‘community first’ outlook.

But, for Badger DAO to be successful, it needs to attract and maintain a pool of liquidity providers, coders as well as content creators. This is because bringing in such clientele with a diversified skillset will eventually benefit everyone involved. Furthermore, it is vital for you to know that, as of this moment, Badger DAO is known to have two products in the marketplace namely, Sett and Digg with many more lined up for the near future. 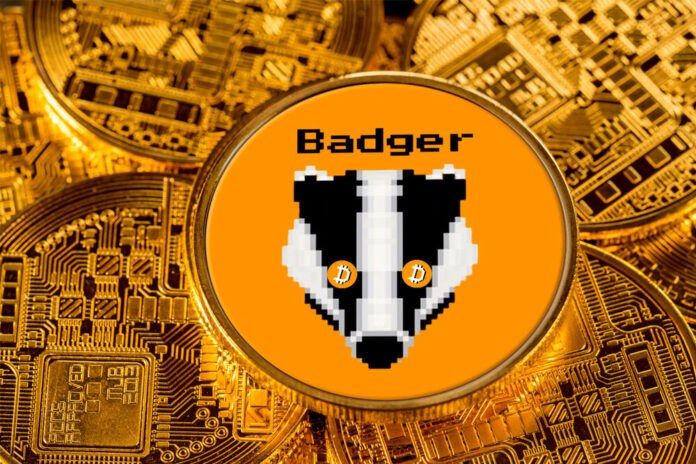 As mentioned, the platform currently has two main products, Digg and Sett. Badger DAO being a community-driven project, any project that is to be developed, first needs to pitch to, be voted upon, and finally needs to be approved by token holders themselves. Sett that we just mentioned is an aggregator for decentralized finance that is known to have measures for flash loan mitigation, which are completely focused on tokenized Bitcoin through five major strategies.

That’s not it, you should be aware that, once a user makes a deposit, they are eligible of earning a yield as the smart contract on the protocol does the work. To incentivize the said participation, users that deposit tokenized Bitcoin into the Sett vault can earn DIGG as well as BADGER. Also, besides a 0.5 percent fee, an additional 4.5 percent is known to be deducted from the profits earned in order to cover the cost of transactions and gas.

On the other hand, DIGG is nothing but a non-custodial synthetic BTC on the Ethereum blockchain that is said to be pegged to the price of Bitcoin with a supply that can be changed as well as a re-base function. The overall focus of Digg is to remove third parties that are centralized. 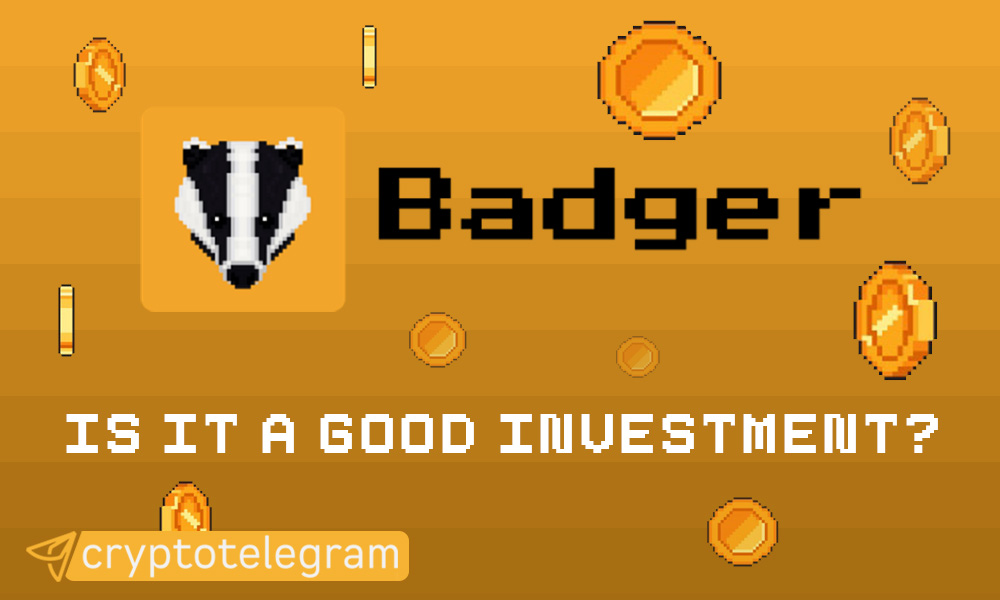 As of today, the price of Badger DAO is about 32.62 US dollars with a twenty-four-hour trading volume of 88,781,727 dollars. Not just that, in just the past twenty-four hours, the value of the Badger DAO has gone down by 10.20 percent, and with a market cap of 335,569,823 US dollars, the platform is currently placed at 164th position as per the CoinMarketCap rankings.

Also, it is worth mentioning that, the current circulating supply of Badger DAO is nearly 10,285,849 BADGER coins with a maximum lifetime supply of the currency being 21,000,000 BADGER coins. In just the past week alone, the price of BADGER has gone uphill by 41.69 percent.

Reading so far, you must have gotten a fair understanding of the platform and by now, you should be able to figure out on your own whether or not investing in Badger DAO is the right thing for you to do. Seeing what it has to offer when combined with its performance in the recent past as well as its plans for the near future, I certainly believe that Badger DAO can prove to be a risky investment in the near future and can cause you losses. But again, nothing can be said for sure! 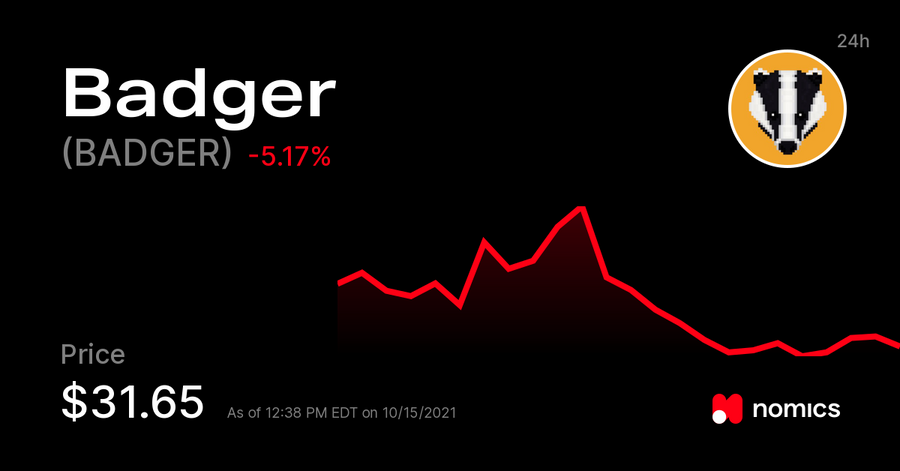 As mentioned at the very beginning, crypto is a highly volatile marketplace and is extremely uncertain. Thus, It is extremely important for you to understand the fact that just like any other currency in the crypto marketplace, Badger DAO does have its own risks as well and you should invest only if you are willing to take those risks and bear any and all losses if at all necessary.

If you are wondering, where can you buy Badger DAO? Let me help you with that. Currently, Badger DAO is available on all major crypto exchanges but some of the popular exchanges that have BADGER listed on them include Binance, OKEx, FTX, Huobi Global as well as Mandala Exchange to name a few.

In conclusion, What are your thoughts on Badger DAO? Do let us know in the comments below. To know more about various cryptocurrencies, do check out other articles we have on our website. Thank you for your time & if you found our content informative, do share it with your investor friends!

Also read: Wrapped Centrifuge: Everything you need to know