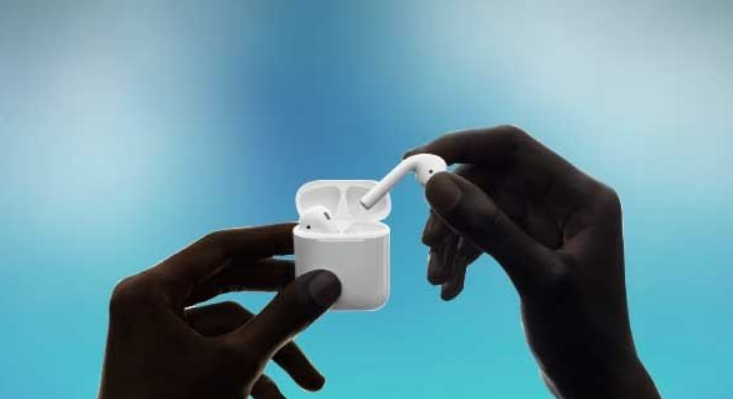 Apple’s AirPods’ health aspirations may extend beyond their ability to improve hearing. According to the Wall Street Journal, the Cupertino-based business is looking at methods to use its AirPods as health-related gadgets. AirPods may be used as hearing aids by the firm, as well as motion sensors to correct users’ posture.

According to the stolen papers, a prototype may contain a thermometer that measures the user’s core body temperature. These features might not be ready until 2022, and they might not be accessible across the board.

The company’s aspirations to transform AirPods into a health gadget may encounter several stumbling blocks. Apple would almost certainly require regulatory approval for at least some of the planned features.

However, an FDA rule set expected in 2022 may make things easier for Apple. However, there is still a potential that the approval would take many months. Before the FDA authorized its SoundControl hearing aids, Bose encountered a similar problem.

Apart from just that, there are a few technological hiccups. Currently, AirPods Pro can only give four and a half hours of listening time and three and a half hours of talking time. However, for health wearables that require an all-day battery, that sort of backup battery may not be adequate. Additionally, the equipment must be comfortable and adaptive to various types of hearing loss.

Apple’s new AirPods have the potential to disrupt the market and eliminate the long-standing stigma associated with traditional hearing aids, which often prevents people from using them.

The gadget is also predicted to be less expensive than conventional hearing aids. According to research firm Strategy Analytics, AirPods are leading the way in the worldwide Bluetooth headphones industry, with a projected $12.8 billion in revenue in 2020. Its income is five times more than that of Bose.

AirPods Pro already has a lot of the technology needed to aid those with mild or moderate hearing loss, thanks to a variety of sensors like microphones, an amplifier, and a sophisticated processor. The hearing aid industry is dominated by a small number of companies, resulting in high prices for their devices.

While the health-focused AirPods may not be available for another year, Apple is anticipated to release the third version of the original AirPods. The business has handed out media invites for their Spring event on October 18th. According to the leaked renderings, the AirPods 3 will be similar to the Pro model but with a shorter stem.

According to previous rumors, the new gadget would use the same H1 processor as the AirPods 2, but with improvements to the battery, playback controls, and audio output. Furthermore, the AirPods 3 are rumored to lack Active Noise Cancellation, which may be a deal-breaker for some.