The partnership of Bajaj Auto and KTM has been since 2014, their success is what many Indians use in their daily lives, Bajaj Auto’s two-wheelers. 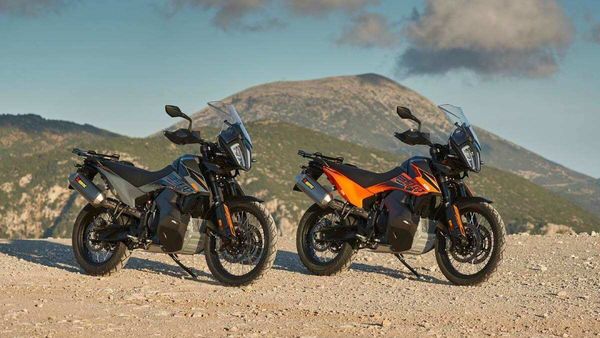 With Ev’s popularity all over the world, both companies are working on strengthening their strategies. The two-wheeler sector has the largest scope in India compared to EV cars and trucks.

Both companies are large corporations, with KTM being popular in Europe. Their plans including strategic developments on important components and adaptability.

With a zero-emission bike, there is a lot of potentials to add other features, which have low-maintenance and longevity compared to the fuel run bikes. Their primary focus is on designing the e-mobility adaptable to urban areas.

Though it’s unclear, the bike may have to have hybrid options if there are limited charging portals. However, if the government plans on making India, progress in a faster way, then we could expect a fully electric two-wheeler.

The largest vehicle market in India

Two-wheelers are used by the most population in India, from low-income families to middle-income families. Having an electric bike would save them a lot of money in the long term. Millennials are into adapting to modern technology more than ever before.

As the strengthening includes a European company too, a lot more is expected from them. It is expected that the selling will start from 2022. Though large-scale production might delay, it is still a good start to see how things work for Bajaj Auto in India. Pierer Mobility is the actual partner of Bajaj Auto. KTM is a bike name, the company is famous for.

As of now, there are no details of mileage or the model capacity. The wait is going to be a long one for those who cannot afford electric cars, but worth it when the bikes are released. As Bajaj Auto is currently preferred in huge numbers in India, there is hope. In the regulatory filing, the company said, “The initial output from this manufacturing impetus will see the first of these shared platform vehicles beginning of 2022,”.

The expected demand prediction for e-mobility is high. When Pierer Mobility was asked about their partnership with Bajaj Auto, “as the partnership successfully reaches almost 15 years of existence, the two companies have decided to jointly explore the zero tailpipe emissions, low maintenance, and long-lasting benefits of light electric vehicles in urban settings and dense metropolitan areas”

With two major corporations working on the same goal towards sustainable vehicle production has immense potential. This would really benefit the lower and middle sections of the society who are probably wondering it will take time for them to own an electric vehicle. But, it might not take time if Bajaj Auto comes up with an alternative.