Bancoagrcola will accept Bitcoin for loans, credit cards, and other services

El Salvador’s adoption of Bitcoin has had a rocky start. Financial institutions, on the other hand, are already doing everything possible to comply with the law. Bancoagrcola, the country’s largest banking institution, is among the first to adopt Bitcoin-compatible technology solutions and is already upgrading its infrastructure to provide Bitcoin services thanks to a cooperation with digital payments startup Flexa.

According to a Flexa press release, the integration of the two companies will enable Salvadorans to use basic banking services regardless of whether they use Bitcoin or dollars. In order to comply with the Bitcoin Law as quickly as feasible, Bancoagrcola began offering Bitcoin for loans, credit cards, and merchant products and services, according to the firm. 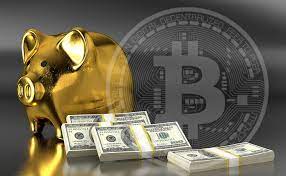 The Bitcoin Law, which was submitted by President Bukele in June and adopted by the country’s pro-Bukele assembly a few hours later, states that Bitcoin would be recognized as legal cash and that any economic agent with the bare minimum of means to use it must accept it.

Because Bitcoin runs outside of the banking system, the government launched the Chivo wallet and gave all Salvadorans who downloaded it $30 in Bitcoin. The Chivo wallet is a custodial wallet that is independent of any bank and enables instant and ostensibly fee-free Bitcoin-to-dollar trading. However, Bancoagrcola would take things a step further in terms of integrated financial services. The agreement will also allow Bancoagrcola’s points of sale to accept Bitcoin without the requirement for the Chivo Wallet.

Bancoagrcola is a Colombian subsidiary of Bancolombia, the country’s largest bank. Because of the regulatory sandbox in place since 2019, Bancolombia is working on an integration with the US-regulated cryptocurrency exchange Gemini to provide similar services.

Flexa’s integration would be a first-of-its-kind in the world. Bancoagrcola’s COO, Carlos Mauricio Novoa, said the company is thrilled about its future prospects and hopes to continue expanding its services as the country enters a new economic stage.“We are proud to be the first financial institution in El Salvador to provide bitcoin access to our consumers across our complete range of financial products, thereby promoting financial inclusion. Flexa has been instrumental in assisting us in prioritizing our customers’ experiences with bitcoin as legal tender in El Salvador, and we look forward to working with them for a long time.”

Salvadorans would enjoy full Bitcoin-to-fiat interoperability thanks to this approach, even if they used a third-party wallet instead of the government-sponsored Chivo wallet.