Following the introduction of the Bitcoin law on Tuesday, September 7, 2021, El Salvador now has the US dollar and bitcoin (BTC) as legal money. Apart from passing the law, Salvadoran President Nayib Bukele and his government have been purchasing Bitcoin in large quantities and developing crypto infrastructure for the country’s population. The Salvadoran government, for example, has developed the Chivo wallet, which allows users to accept bitcoin (BTC) in exchange for products and services.

El Salvador’s own Bitcoin wallet, dubbed “Chivo,” debuted earlier this week, but users have already reported flaws in the app’s interface. While the majority of the faults customers noticed were trivial errors when sending Lightning payments, the app’s code showed a serious privacy flaw. 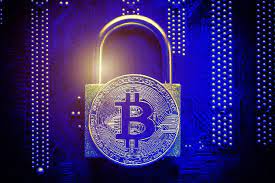 The lightning invoices issued by Chivo contained the full legal name of the invoice creator, according to Matt Ahlborg, the head of research at BitRefill. This put the protection of other personal data held within the app in jeopardy, which frightened many wallet users on Twitter.

The potentially dangerous privacy issue, on the other hand, appears to have been rectified in less than 24 hours after it was reported on Twitter. According to Ahlborg, visiting the app’s core code no longer displays the problem, indicating that it has been resolved.

The ‘Chivo’ app now displays the time of the transaction and a message reading “Thanks Matt Ahlborg” for invoices made through the Lightning network. Hundreds of other Twitter users confirmed this, all of whom contacted Ahlborg to report the remark that appeared on their receipts. According to Ahlborg, this was a method for the wallet’s development team to acknowledge the problem and demonstrate that it was quickly fixed.

For invoices sent through the Lightning network, the “Chivo” app now shows the time of the transaction as well as a note that says “Thanks Matt Ahlborg.” Hundreds of other Twitter users agreed, and they all contacted Ahlborg to complain about the remark on their receipts. This, according to Ahlborg, was a way for the wallet’s development team to acknowledge the issue and demonstrate that it had been rapidly resolved. Hundreds of customers reported troubles with Chivo ATMs while trying to exchange dollars for BTC, and many more reported issues when trying to spend the $30 government bonus.