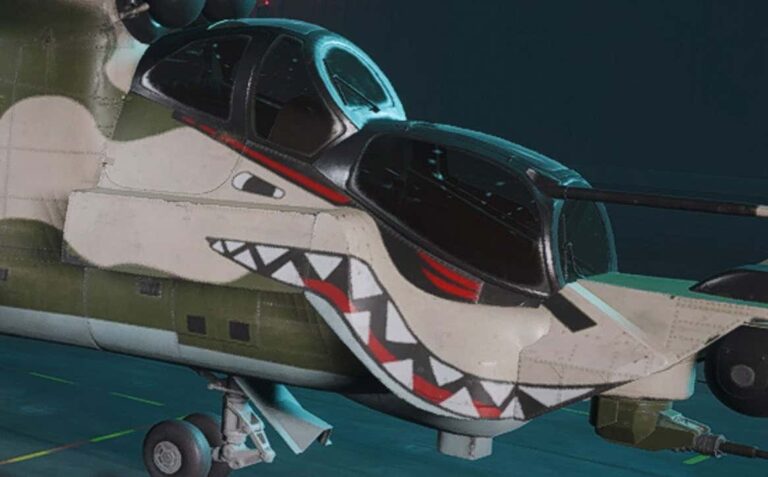 After Russia invaded Ukraine in Ukraine earlier this week, DICE disabled weekly missions in Battlefield 2042 with rewards, fictional Russian Mi-240 Super Indian Attack Helicopter skins, no longer available for unlocking. With the release of Battlefield 2042 Update 3, the upcoming weekly challenges and associated rewards were revealed before they were removed, but before players were able to take screenshots of various holiday skins, including one. The reward for the disabled weekly challenge was a skin called The Grin Reaper, which is similar to the shark tooth sticker you might see on the noses of planes in various movies and games.

The shutdown was the right move by the Battlefield 2042 DICE developers for those looking at this skin in isolation, but it also sets the odd precedent that this particular item was considered unsightly, but the rest of Battlefield 2042 itself, which features an aggressive Russia for the foreseeable future, being one of the two factions that players have a 50/50 chance of being auto-assigned before each match, that’s fine. Other community members encouraged DICE to continue the weekly missions with a new reward by changing the country’s skin. EA removed the skin from a Russian combat helicopter before the war in Ukraine. Some time ago, EA had to remove an operator skin that referenced Russian troops invading Ukraine without identification during the crisis of this week.

In light of current events we have disabled the Weekly Missions system for this week, and this weeks reward is no longer available to unlock #Battlefield2042

Players who have already completed this weeks mission will not be affected.

As of now, DICE has not replaced the Russian Gunship Helicopter skin with another modern bounty, so any player starting Battlefield 2042 will not see anything at the point on the leaderboard where a player would have progressed normally in the Battlefield 2042 weekly bounty. In a Twitter statement, EA said, that the weekly missions have been removed to avoid this week’s reward.  Those who completed the weekly mission were supposed to be rewarded with a smiling Russian helicopter skin, but now pulling prevents other players from earning this skin.

Less than 48 hours after Russian troops invaded Ukraine, DICE itself withdrew the award. According to a post from Battlefield Direct Communication, players who have already completed the weekly challenge and have already unlocked the Grin Reaper skin will be able to keep it.