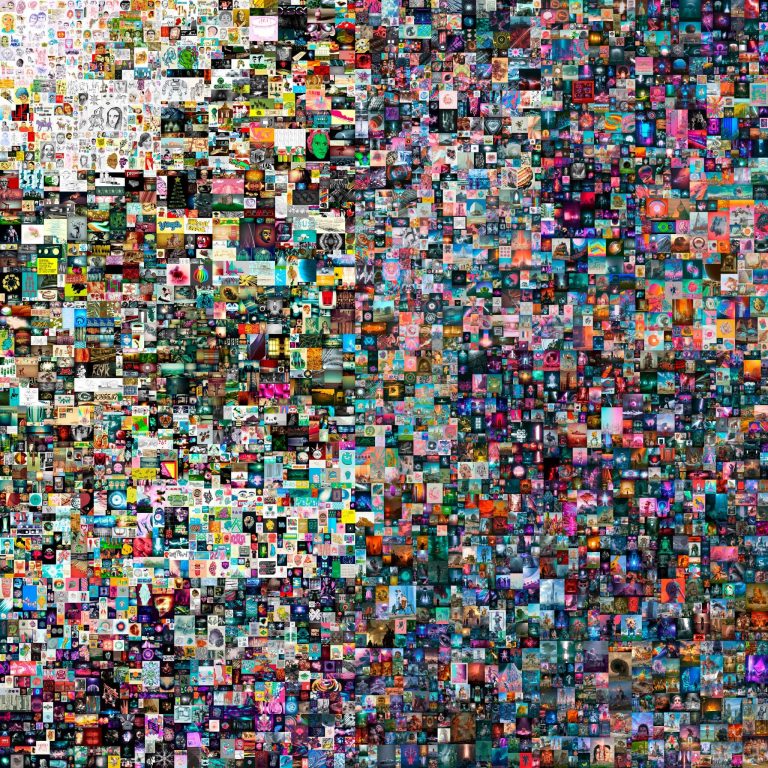 The NFT market has been booming. For the past few days, I have been covering news about this new market. During this time, I shared how the market transaction in the same has increased from $250,000 to $60 million per year. But now every record has been broken as Beeple’s NFT called the “Everydays – The First 5000 Days” sold for an exact $69.3 million. The art consists of all the images posted by Beeple on the internet since 2007 and can be called a mega collage.

The digital art that raised such high bids even beats budding in paintings that exist physically. This is taking into account paintings by J.M.W. Turner, Georges Seurat and others. Beeple’s digital painting would have sold for around $30 million less, and the highest bid came at the last moment. Even that happened after the bidding time was extended by 2 minutes due to an overwhelming response at the end. This painting made Beeple or Mike Winkelmann the third-highest auction price receiver while alive in the world of art. 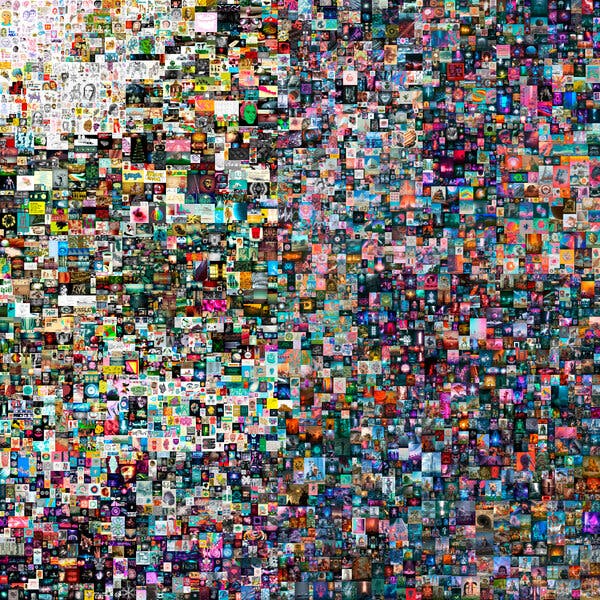 The paintings that the “Everydays – The First 5000 Days” consist of represent life in the 21st Century. Many were sceptical about such a huge price of the sale while some were confident about the art that Beeple produced. This bidding also raised the NFT market bar and actually showed that what matters is the quality of the work. Before this, the highest price that an NFT was sold for was Trump’s nude painting for $6.6 million.

There are also many other masterpieces that were sold for millions. Then, there were video clips and gifs of cats that also fetched huge amounts of money from collectors. In fact, the CEO of Twitter, Jack Dorsey, might sell his first tweet of Twitter for a whopping $2.1 million and plans to use the money for charity.

Why do people pay so much for NFTs?

NFTs are a new market, and yet people are pouring in millions of dollars into it. But what for? The main idea behind it is to have proof of ownership of a particular art they are buying. This is like buying a piece of art physically, but instead of putting it up on a wall, you keep it in a vault. Just, in this case, there is no vault or physical art, and everything is digital.

An NFT is also unique in nature and is therefore called a non-fungible token. It also cannot be changed for something similar, and therefore, whoever owns an NFT makes him the sole owner of the product. And for collectors, that feeling is good enough to encourage them to pay millions.

The NFT market is new and has a lot of space for growth, and hence it is an opportunity for many artists. If you are such a person, maybe this could also be life-changing for you. Are you planning on making an NFT and put it up for sale? Let us know in the comments below. Also, if you found our content informative, do like it and share it with your friends.