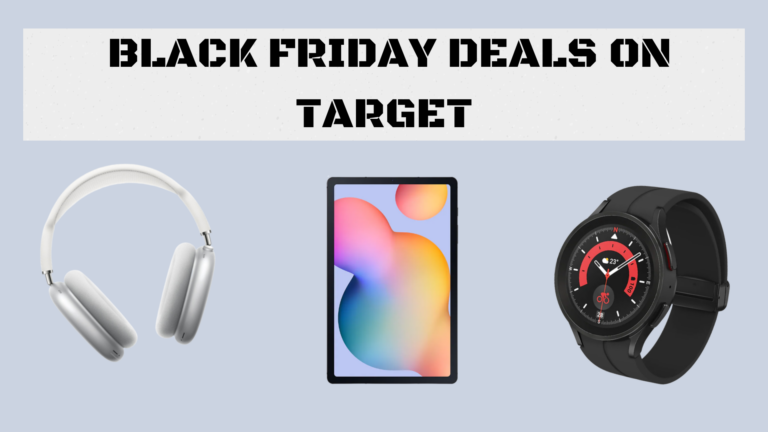 Target has revealed its Black Friday Sale 2022, which will take place early in the season. As with every season, we will see several things that will be sold at a significant discount throughout this season.

Many e-commerce behemoths, like Target, have taken part in this Season’s offer. We have a lot of things that will be on sale this season as I write this piece. We’ve compiled a list of the top discounts available on Target right now.

Best Black Friday Deals you can find on Target

For this article, we have filtered out gadgets for a price bracket of below $500 on Target.

If you’re seeking for luxury headphones, the Apple AirPods Max are a good option. These new headphones have separate dynamic audio driers for high-fidelity audio output.

These headphones also include dedicated active noise cancellation, which is capable of eliminating background noise, and they are integrated with Apple’s new spatial audio, which will provide users with a theater-like experience. You will also receive audio sharing support, allowing you to share the audio you are listening to in your headphones with other Apple products.

If you’re shopping for a new smartwatch, Samung most likely has you covered! The Korean conglomerate is providing a larger discount for its recently announced wristwatch, the Samsung Galaxy Watch 5 Pro LTE.

The Smartwatch has a number of built-in capabilities, including a sleep monitor, body mass index computation, and heart rate sensors. The sapphire crystal display utilised in this smartwatch provides enhanced protection.

If you’ve been looking for a new tablet, the Samsung Galaxy Tab is an excellent choice. Samsung has been steadily improving its ability to produce marketable tablets.

One of Samsung’s best-selling tablets, the Galaxy S6 Lite, has been one of the market’s best performers. Because of its features, this tablet has made a good name for itself in the entry-level tablet lineup.