BharatPe, one of India’s leading fintech startups, announced its foray into the “Buy Now Pay Later” (BNPL) space with the debut of its new service, ‘PostPe.’ Postpe offers credit to customers who prefer to buy now and pay later for anything and from anywhere. 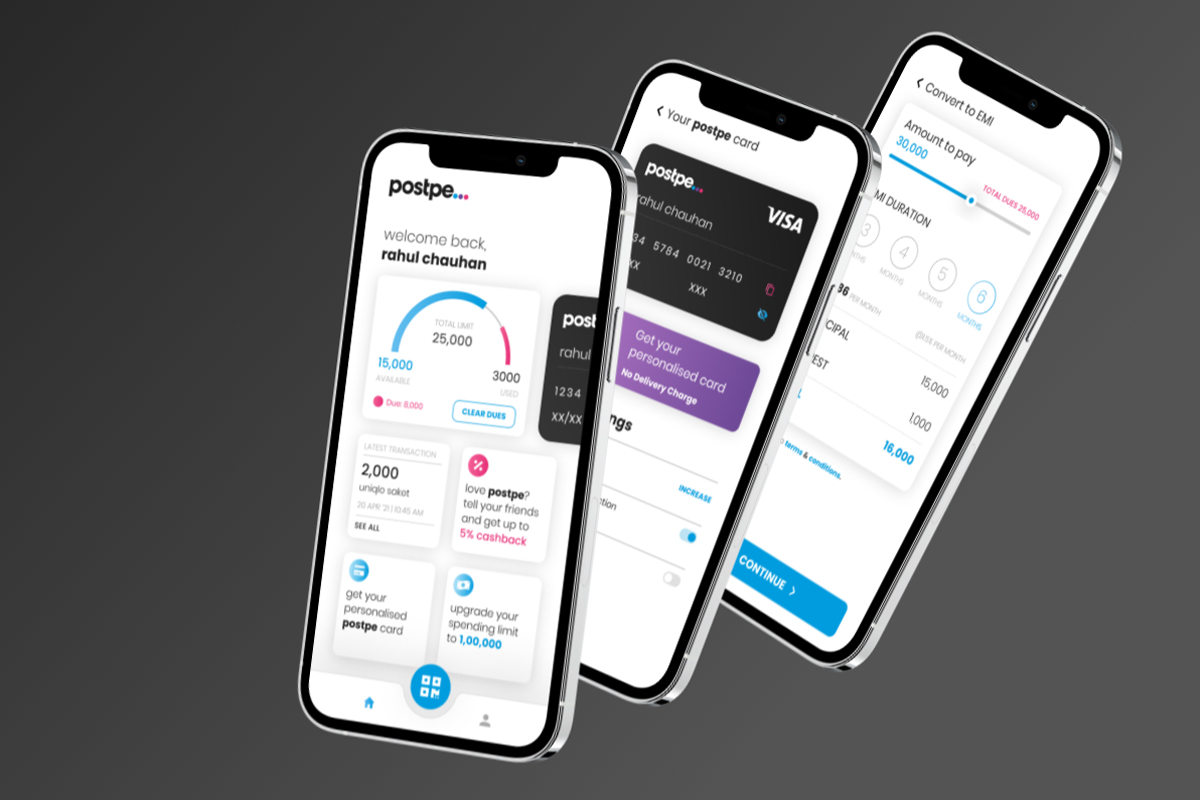 Users can access an interest-free credit limit of up to Rs 10 lakh by downloading the PostPe app from the Play Store. PostPe, according to the company, is a first-of-its-kind BNPL service that can be used for micro-purchases as well as large purchases. BharatPe seeks to generate a loan book of $300 million on PostPe for its financial partners within the first 12 months.

The New Delhi-based fintech startup claims that Postpe is a purely digital-based offering that enables customers to spend at both offline and online shops and repay effortlessly via EMIs. Customers can pay using PostPe credit at merchant outlets by simply opening the PostPe app, scanning QR codes, and pay at retail outlets with PostPe credit. They can also pay with a Poste card, which will be accepted by millions of offline retailers as well as e-commerce sites. It will also offer cashback along with exciting rewards if anyone makes their first or completes certain milestone transactions.

On the launch of Postpe, Ashneer Grover, Co-Founder and Managing Director of BharatPe, stated, “Our aim with PostPe is to make EMI and credit available for everyday purchases. ‘Golgappa’ on EMI as well as ‘iPhone’ on EMI is our motto. We find the current BNPL plays in the Indian market suboptimal trying to copy the west for online checkouts whereas the true market in India is offline. PostPe will be the leader in BNPL space in India by virtue of being no cost to merchants and universal acceptance.”

PostPe is targeted at new-age customers who prioritize smart shopping and are familiar with digital payment methods. PostPe integrates all of a customer’s transactions across various channels and provides a single bill for repayment. In addition, there are transaction fees or no annual fees for payments made with the PostPe app or PostPe card.

BharatPe recently announced its debut into the consumer Fintech space with the launch of the 12% Club. The app is available for download from the Google Play Store as well as the Apple App Store. During the launch, BharatPe stated that using 12% Club its customers can invest and earn up to 12 percent yearly interest or borrow at a reasonable interest rate of 12 percent.

BharatPe has teamed with RBI-approved NBFCs (non-banking financial companies) to offer this investment-cum-borrowing solution to customers and has handled investments worth more than Rs 100 crore in the first month of operation.

Fintech companies have made significant growth in offering quick and affordable financial services, particularly to individuals who have previously been unable to access even the most basic financial services, such as cashless transactions, loans, and insurance. The groundbreaking Buy Now Pay Later (BNPL) approach being introduced by new-age digital credit lending businesses is now helping to develop a healthy economic ecosystem, providing much-needed assistance to the otherwise financially excluded demographic.