Binance Is Considering a $1 Billion Raise for a Crypto ‘Recovery Fund,’ and Could Purchase FTX Assets

The founder and CEO of Binance stated that the firm’s crypto rescue fund would initially have $1 billion to distribute as it assumes the position of industry white knight.

Changpeng ‘CZ’ Zhao told Bloomberg that the fund would have a “loose” structure and would be publicly available on the blockchain. Along with other industry players allowed to participate.

He stated that further information would be released in a Binance blog post additionally that the fund would be operational as soon as possible.

“The industry needs saving now, not in 2023,” he asserted. CZ stated that the team would then analyze how far the $1 billion would go before potentially adding more capital.

“Roughly, we’re thinking of setting up $1 billion first, and if that’s not enough, we’ll allocate more. If, after six months, there are unused funds and there are not that many projects. Hopefully, the industry will have recovered by then–we can withdraw it back.”

On November 14, the exchange executive announced the creation of an “industry recovery fund” to assist enterprises that “are otherwise strong but in a liquidity crisis” due to the FTX debacle. At the time, BankToTheFuture CEO Simon Dixon and Tron creator Justin Sun revealed their own contributions to the fund. However, it is still being determined whether or not they have contributed. 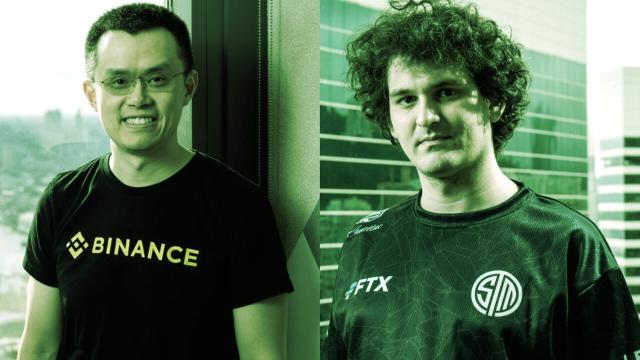 CZ also revealed that several of the faltering crypto projects purchased by the now-defunct exchange FTX are on the fund’s shopping list but still need to specify which ones.

“We definitely want to look at those assets,” he said. “They invested in several different projects. Some of them are OK, and some of them are bad, but I think there are a number of assets that may be salvageable. So we’ll look through that when they become available.”

In the wake of Terra’s failure and the resulting suffering for the crypto industry. Sam Bankman- Fried’s enterprises, including FTX and hedge fund Alameda Research. They went on an acquisition and bailout spree early this year.

BlockFi, a cryptocurrency lender. It accepted credit from FTX.US over the summer and is now considering filing for bankruptcy due to the exposure. It has already discussed possible assistance with Binance.

Meanwhile, Voyager Digital, which accepted a $1.4 billion deal from FTX in September to acquire its distressed assets, is looking for another bidder.

SBF said in September that FTX had $1 billion ready to spend on new buyouts. At one point, reports circulated that he was considering a buyout of the publicly traded trading software Robinhood.

SBF’s demise now forces CZ to assume the role of industry savior, despite the fact that the Binance CEO had previously indirectly condemned FTX’s practices in a June blog post.

“Don’t perpetuate bad companies,” he wrote at the time. “Let them fail.”