Binance is not authorized to operate in Ontario, regulator says

According to Ontario’s securities authority, Binance, the world’s largest crypto exchange by trading volume, is not permitted to operate in the province. The Ontario Securities Commission (OSC) issued a statement informing investors that Binance is not registered under Ontario securities law.

According to the news release, “this means they are not authorized to offer to trade in derivatives or securities to persons or firms located in the province.” 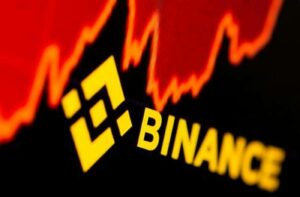 Binance is not authorized to operate in Ontario

The OSC issued its statement after Binance users in Ontario got emails earlier this week stating that the exchange will be able to continue operating in the country’s most populated province. “Ontario users do not need to cancel their accounts by December 31, 2021,” the exchange noted.

The notice sent to Binance’s Ontario users is most likely related to the exchange’s Canadian entity’s registration as a money services business with FinTrac, Canada’s anti-money laundering agency, which took place last week.

Binance warned its Ontario-based users in June that they needed to terminate all active positions by the end of the year after the OSC sought to limit trading on centralized crypto exchanges that offer derivatives products, such as Poloniex, ByBit, and KuCoin.

“Binance stated to OSC Staff that after December 31, 2021, no new transactions involving Ontario citizens would take place.” Without notifying the OSC, Binance has issued a notice to users rescinding this agreement. This is intolerable, according to the OSC.

“No entity in the Binance group of enterprises holds any sort of securities registration in Ontario,” the agency stated.

Six crypto trading platforms are now registered with the Canadian Securities Administrators, an umbrella body of Canada’s provincial and territorial securities regulators. Wealthsimple, Coinberry, Netcoins, CoinSmart, Fidelity, and Bitbuy are among them.

The OSC’s latest announcement is another setback for Binance, which has encountered regulatory opposition from around the world in the last year. The Financial Conduct Authority of the United Kingdom said in August that Binance’s UK entity was “not capable of being adequately overseen,” but that hasn’t stopped the exchange from applying for a license in the country again.

Binance.com was listed to Singapore’s MAS’s Investor Alert List in September, which contains organizations that “may have been incorrectly viewed as being licensed or regulated by MAS.” Binance has been sanctioned by other governments, including Malaysia, for allegedly operating unlawfully in the country.

Binance and the Dubai World Trade Centre Authority signed a Memorandum of Understanding last week intending to establish an industrial hub in Dubai.