It looks like the long strain of troubles will not stop following Facebook around any time soon. Recently the company got in some major trouble as a 13-year-old boy from the UK who used the VR headset began to develop an allergic reaction to the same causing concern and worry. Lewis Grey was admitted to the hospital as the symptoms began to get worse and are out of danger. But it doesn’t seem like Facebook is out of trouble since it is a major breach of consumer safety and security. 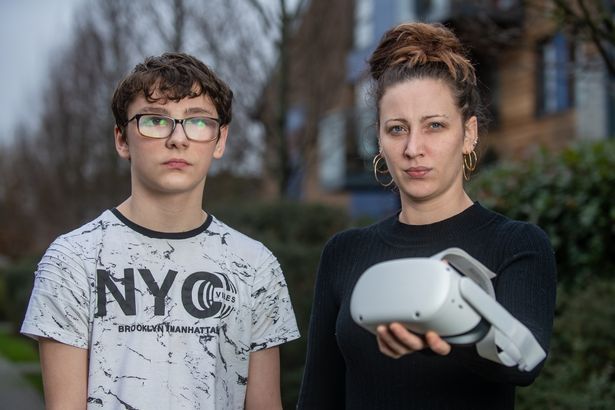 Thirteen-year-old Lewis Grey was quite excited to get the Oculus Quest 2 as a Christmas gift from his grandparents. Quite naturally the eagerness to try the brand new tech which has received a lot of hype led him to play it for two days straight. And that’s when things began to go downhill. The following day, Gray’s mother was quite concerned after spotting the redness around her son’s eyes and forehead. Eventually, the symptoms got worse and his eyes were close shut following which he was rushed to the hospital. The doctors confirmed the possibility of an allergic reaction.

Digging deeper, it became evident that this was not the first case of allergic reaction reported to Facebook about the VR headsets. An alarming 5716 cases of skin irritation were reported in association with the particular product. Users often suffered from rashes, burning, swelling, itching, hives, and bumps after wearing the device.

This is what Gray’s mum had to say about the incident, “When he woke up on boxing day there was irritation along his cheekbones and on his forehead. It almost looked like he was wearing blush.” In order to keep the swelling under control, the kid was given a small dose of Piriteze. However, things got worse the next day as his eyes got swollen shut. The doctors at St.Peter’s Hospital in Lyne diagnosed it as a delayed allergic reaction to the device. Although Lewis Grey is out of danger now, the consequences if things had gotten worse is worrying and a matter of concern.

Grey’s mum, Kristy Reed found out after some research that Facebook had received complaints in a similar line since 2020. An investigation was also carried out following which they discovered “a few traces that are normally present in the manufacturing process which could contribute to skin discomfort.”Although they assured that significant changes were made to the process, the number of cases kept on increasing. Looks like Facebook will have to do more than just give silicone covers to ensure protection.