Binance will automatically convert your currency 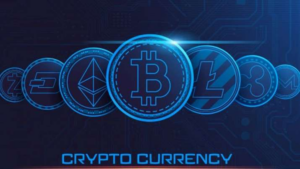 The world’s largest crypto exchange , Binance, has announced that it will automatically convert your deposits into its own stable coins. The company said that this would increase its liquidity and will eventually increase the capital efficiency for the users. Not only this the people will also be able to convert their currency automatically without any hustle. Binance also said that it would stop trading in USD coins, PAX dollars, etc.

The crypto market is increasing its base on the internet as well as the people. The company is known for its largest crypto currency exchange in the entire world. This conversion, that the company has now talked about, will come into place from 29th september. The company also mentioned that it will soon cease any trading activity that include USDC, USDP, etc. The USDC which is currently operated by Circle Internet Financial has a market capitalization of $51.9 billion.  The step also includes that Binance will stop supporting the other stablecoins like USDC and other coins.

Stablecoins are basically a type of cryptocurrency that are made in a way to maintain a constant value. In this case, Binance has announced that it will stop trading with other coins such as the USD coin, PAX, etc. The company has also said that it will increase liquidity, and capital efficiency for the users. Founded in 2017 it has slowly become the largest crypto currency in the world and is widely recognized by people around the globe.

What is Crypto currency?

The cryptocurrency markets have slowly increased by time because of the growing technology. This form of digital currency has been in existence since 2009 and today it is widely accepted by the users as an alternative for money. This is a huge transition in the world as now crypto is so widely accepted that it is used as an alternative form of payments as well. The crypto currency not only works as a currency but also as a virtual accounting system. People generally need to open a crypto account or a crypto currency wallet so as to use cryptocurrency. There are many such platforms that exchange cryptocurrency. It is still finding its way in India but crypto has now been legal in the United States. People have now slowly found crypto as trustworthy and this virtual currency is surely becoming famous day by day.