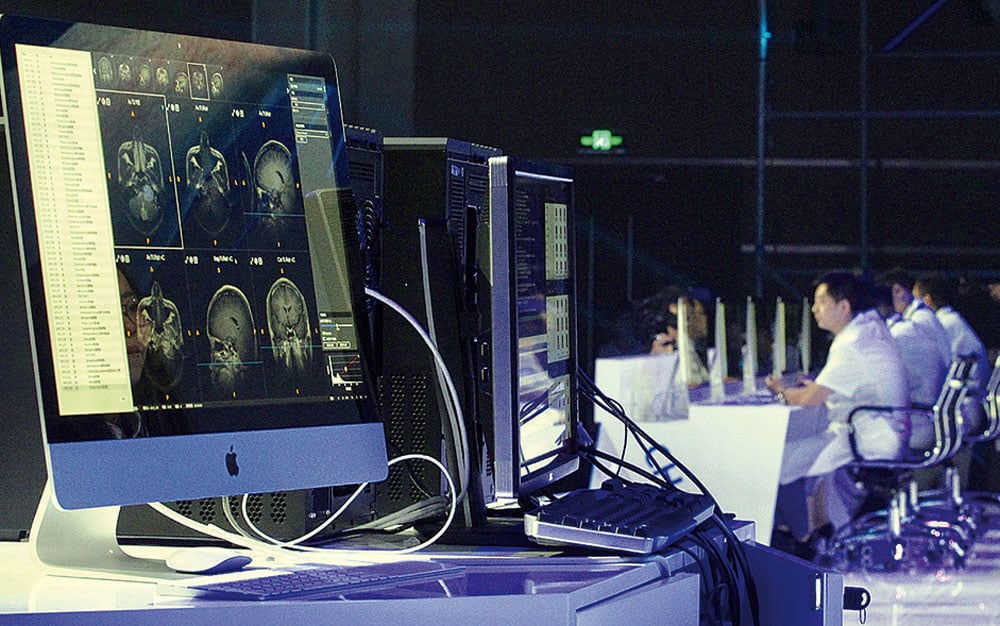 Artificial intelligence system recorded a 2-0 victory against elite physicians on 30 June 2018 in two rounds of a competition in Beijing to diagnose brain tumours and predict the expansion of brain hematomas, or bruises.

BioMind, developed by researchers from the AI Research Centre for Neurological Disorders and Capital Medical University, made correct diagnoses in 87 per cent of 225 cases in about 15 minutes.

A team of 15 doctors from top hospitals across China achieved 66 per cent accuracy in 30 minutes.

The AI system also made correct predictions in 83 per cent of brain hematoma expansion cases, outperforming the physicians, who had only 63 per cent accuracy.

“I’m not surprised at all by the results,” said Wang Yongjun, executive vice-president of Beijing Tiantan Hospital, which houses the research centre.

“It will be like a GPS guiding a car. It will make proposals to a doctor and help the doctor diagnose. But it will be the doctor who ultimately decides.” Paul Parizel, chair of the radiology, Antwerp University Hospital, and competition jury member.

To train the AI, developers fed it tens of thousands of images of nervous system-related diseases that Tiantan Hospital has archived over the past 10 years, making it capable of diagnosing common neurological diseases with an accuracy rate above 90 per cent, comparable to that of a senior doctor, he said.

Cheng Jingliang, a professor in radiology at First Affiliated Hospital of Zhengzhou University in Zhengzhou, Henan province, said AI has been used to help doctors read images, such as lung scans, for diagnoses at some Chinese hospitals.

However, the use of AI is still in its infancy in medicine, and the accuracy of diagnoses by AI lags behind that of senior professionals in most cases, he said.

Paul Parizel, chair of the radiology department at Antwerp University Hospital in Belgium and a member of the jury for the contest, said he thinks integration of AI into medical services is a promising trend.

“It will be like a GPS guiding a car,” he said. “It will make proposals to a doctor and help the doctor diagnose. But it will be the doctor who ultimately decides, as there are a number of factors that a machine cannot take into consideration, such as a patient’s state of health and family situation.”

In June the Swedish medical company Elekta announced the introduction of Watson for Oncology, a medical AI system developed by IBM in the United States, to provide customised treatment plans for cancer patients in China. The AI platform has been used at 68 hospitals in China to help with cancer treatment.