Bitcoin ATMs are coming to Circle K, a gas station and retail chain

After a new contract to install a bitcoin ATM in a countrywide convenience store and gas station chain, buying Bitcoin will be as simple as filling up your tank and getting some munchies.

After gas station chain Circle K announced a partnership to add bitcoin ATMs, New Yorkers will soon be able to fill up their tanks and buy cryptocurrencies. 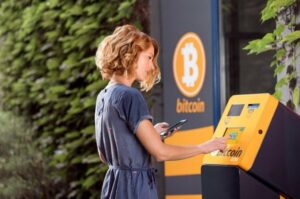 CEO of Atlanta-based Bitcoin Depot, told, “Our goal is to provide as much access as we possibly can for consumers by deploying additional ATM machines in all 50 US states, including throughout New York.”

Users can buy bitcoin using regular cash from a bitcoin ATM, then use their phones to create a “digital wallet” to store the funds purchased at the automated tellers. The devices may also transmit money abroad for a low fee, which may be appealing to New York’s “unbanked.”

According to the NYC Department of Consumer and Worker Protection, the “unbanked” account for around 10% of New York families, and often include poorer, immigrant individuals who do not rely on established financial institutions to retain their cash.

Derek Muhney of rival Coinsource, a bitcoin ATM provider in New York, said the region’s “considerable buying power” could make the Big Apple a cryptocurrency goldmine. According to a report, the cryptocurrency is considered legal tender in El Salvador, and momentum for legitimizing it is growing in Latin America.

According to CBS7, bitcoin ATMs have appeared in petrol stations and grocery stores in West Texas. Customers can go in and exchange cash for BTC worth up to $18,000. The machines also bring in revenue, according to a store owner quoted in the paper, because clients frequently purchase more items at the store.

Quad Coin, the business that operates these machines in West Texas, told CBS7 that the ease of purchasing has increased demand, prompting the company to consider expansion plans.

There are 6,336 Circle K locations around the United States, including many in New Jersey and one on Long Island. In order to operate in New York, Bitcoin Depot must first obtain regulatory approval. 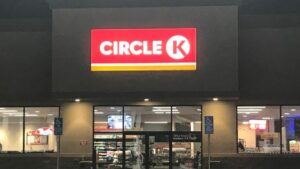 There are at least 20,000 bitcoin ATMs in the United States now, including several hundred in the New York area, including corner bodegas, delis, laundromats, and other sites.

Bitcoin, which prides itself on free-market structures, game theory, and economic incentives, triumphs thanks to the market’s wide range of purchasing possibilities. For example, a peer-to-peer market can offer more ease of use for online purchasers, yet a regulated exchange can offer greater privacy for privacy-conscious users. Different options, which foster self-control, are what will most likely drive adoption forward.

Also read: Vitalik Buterin, the founder of Ethereum, explains why the London hard fork is so critical for the future of the cryptocurrency