Vitalik Buterin, the founder of Ethereum, explains why the London hard fork is so critical for the future of the cryptocurrency

The London hard fork upgrade, according to Ether’s founder, has been burning $8,900 each minute since it went into effect. Vitalik Buterin says this sets up the cryptocurrency well for future upgrades in the future. EIP-1599 is a fee-reduction feature included in the upgrade to ethereum’s blockchain. 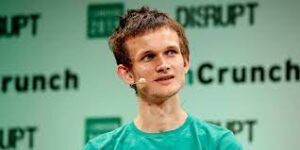 Buterin told  that “1599 is undoubtedly the most important section of London,” and that the renovation is “evidence that the ethereum ecosystem is capable of making substantial improvements.” In contrast, bitcoin is so decentralized that making modifications to its blockchain network is extremely difficult. The ethereum blockchain is still undergoing substantial changes, the most prominent of which is the transition from proof-of-work to proof-of-stake. Ether’s founder, Vitalik Buterin, has announced a solution to the problem of carbon emissions associated with ether mining. 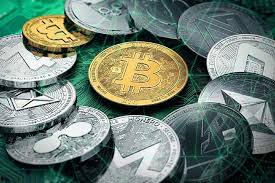 He said that the technology will reduce the amount of energy needed to mine the network by 99 percent. It will be used in the next version of the ETH 2.0.

The London hard fork “certainly gives me more confidence” about the merging of bitcoin and ether. The switch to a proof-of-stake mechanism would eventually impact the economics of ether, he says. Ether is a virtual currency that can only be mined by users who put up their own tokens.

The proliferation of non-fungible tokens, or NFTs, which are digital files whose authenticity and scarcity can be certified by a blockchain like Ethereum, is contributing to Ether’s price rise.

NFTs have grown in popularity this year, thanks to deals like digital artist Beeple’s $69.3 million sales of “Everyday: the First 5,000 Days” and a video of a LeBron James slam. Everyone from art galleries to the International Olympic Committee, fashion companies, and Twitter Inc. are now offering digital tokens.

The biggest significant enhancement to the Ethereum blockchain since 2015 went into effect Thursday. The network is well-positioned to make an even bigger upgrade to reduce its energy use by 99 percent, he says.

The London hard fork, the world’s most popular blockchain, has updated its software to include a fee reduction option known as EIP 1559.

According to the tracking website ultrasound, the fee reduction has already destroyed $2 million worth of Ether, the company’s native token. money. This could put upward pressure on Ether’s price in the future.

“It’s now a lot easier to transmit a transaction that will be included in the next block,” Buterin continued, “which is crucial for the user experience.”

If you find this informative, then do share it with your friends!