Bitcoin is currently trading at nearly $63,000 which is a very solid price. Anyone who has longed BTC at $10k or even $20k with some leverage must be really happy right now. But Binance users didn’t know what was coming for them. This is because a lot of long positions got liquidated as Bitcoin crashes to $8000 for a brief moment on Binance US yesterday. In fact, users have reported on Twitter that many of their buy orders got triggered at those levels. 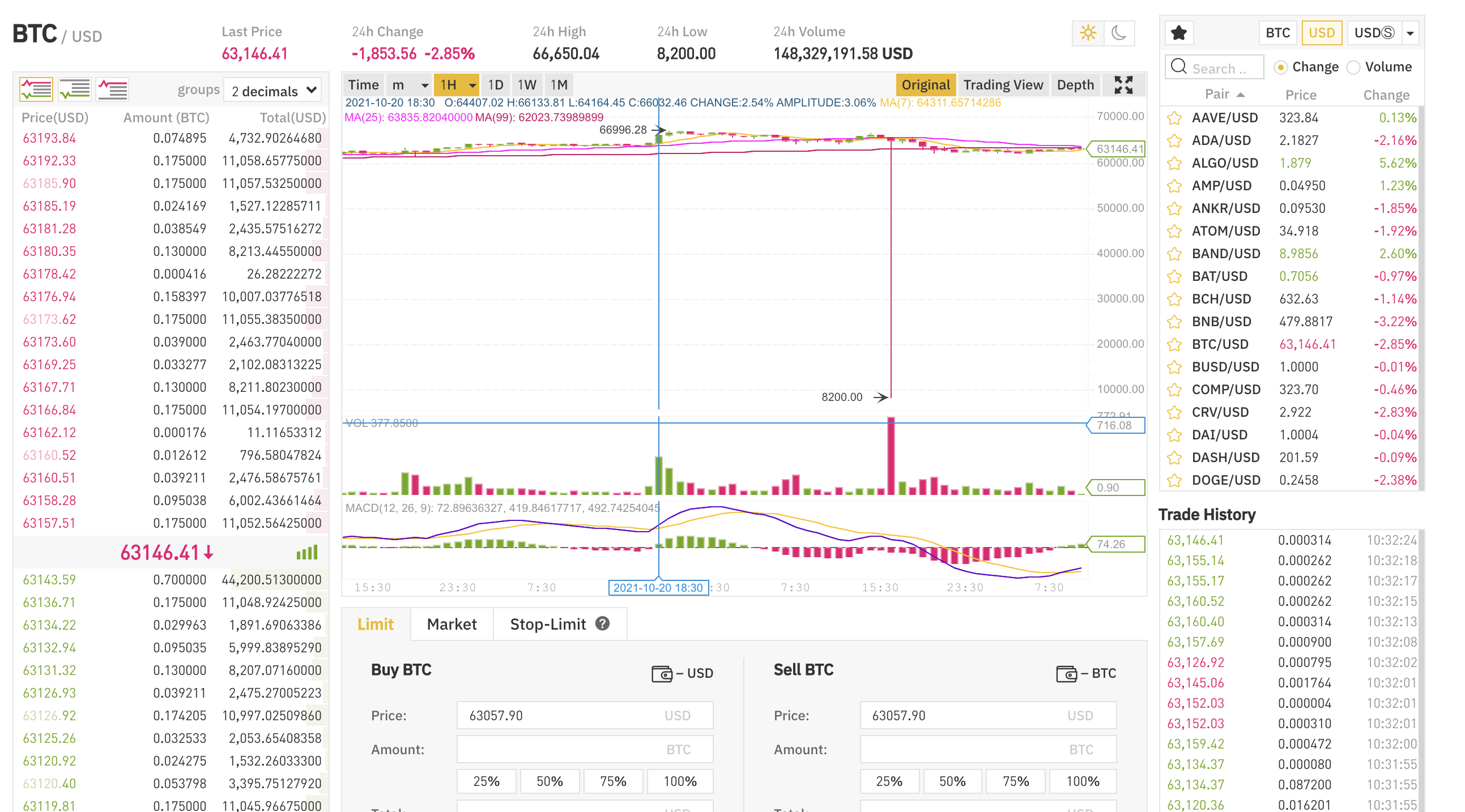 At the moment the price of BTC was at $65,815 which means it was almost an 87% decline within seconds. While some think that this was a bug on the platform, others see it as market speculation. One of the many reasons could be whales dumping on Binance and the price dipping due to low liquidity. We should note that this was not a 4-hour or 1-hour candle and lasted even less than 60 seconds. After the incident, the CEO of Binance tweeted, “expect very high volatility in #crypto over the next few months.”

As of now, Binance has emailed Insider saying that there was a bug on the platform that has caused the sell-off. They also reported that the bug has been fixed and the issue is unlikely to repeat again. But it is still unknown what they are going to do with the liquidated orders and also those who bought at dirt cheap prices.

Different exchanges have varying liquidity which means the price of a particular currency may vary based on the liquidity and demand on that platform. This was even the case with WazirX which is owned by Binance in India. When ShibaInu launched on their platform, there was such low liquidity that the price rose to Rs 3 which is more than 100 times its original price. Till the time, I came to know about this there was only a 2.2x difference left but I did double my money.

This is something WazirX dealt with by giving WRX airdrops to those who lost their money. I am hoping Binance follows something similar.

What are your thoughts on Binance’s big which liquidated users as Bitcoin crashes to $8000? And do you think Binance will compensate users in some way? Let us know in the comments below. Also, if you find our content informative do like and share it with your friends.

Also Read: Bitcoin breaks ATH but analysts says this is not the top