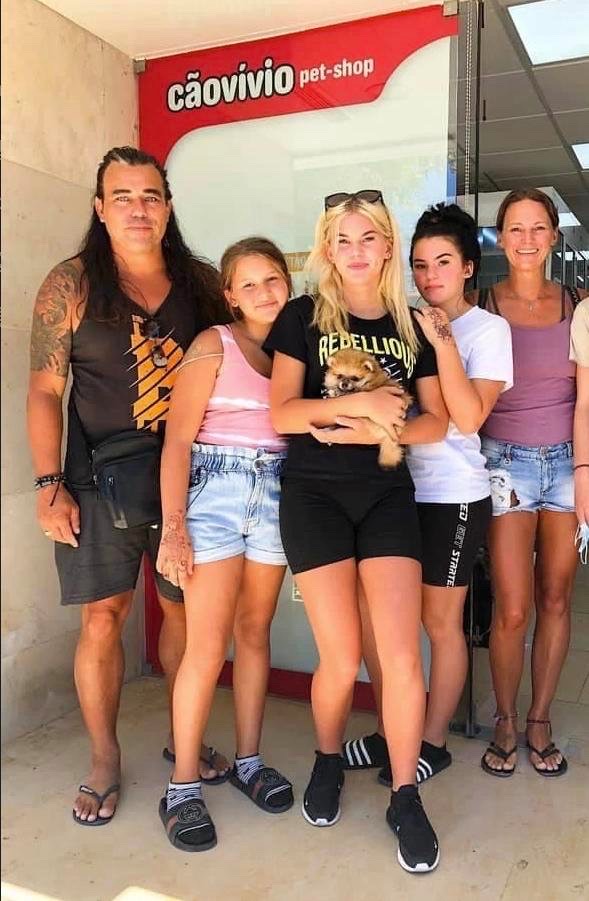 The Taihuttu family in Lagos, Portugal on the day they adopted Teddy, their Pomeranian puppy.
Home
Crypto
Bitcoin

Times are uncertain and difficult in the crypto sector, as it faces a string of bankruptcies and probes into Sam Bankman-Fried and his failed exchange, FTX, for losing and squandering billions of dollars in user deposits.

But Didi Taihuttu, his wife- Romaine; three daughters, and Teddy, a Pomeranian puppy they adopted in Portugal last year, have full conviction in their bet on bitcoin —perhaps, they just want to change how they store it.

Meanwhile,  digital asset brokers, lenders, and exchanges continue to go bankrupt —locking up customer funds in the process — the family is carefully moving $1 million in crypto into DEXs, which allow users to hang on to custody of their tokens.

“For me, bitcoin is still about freedom, and decentralized currency should be able to be used by everyone in the world without needing to do KYC or any other regulatory stuff,” Didi Taihuttu told CNBC, referring to the KYC compliance, required by many centralized platforms such as Coinbase.

Whereas, DEXs don’t require users to connect an ID or bank account to the platform, thus making it an ideal custody solution for the family.
Currently, the family is living on 0.3 bitcoin a month — about $5,000 — and they are purchasing back the bitcoin that they sold when the cryptocurrency was trading at around $55,000 a year ago. For them, the cascade of crypto bankruptcies and failed tokens just shows that “bitcoin is the king” and “completely different than all the other projects,” Didi Taihuttu said.

Explaining one of the crypto mantras, Taihuttu said, “not your keys, not your coins,” which means that rightful possession of tokens comes through the custody of the corresponding private keys. DEXs like Uniswap and SushiSwap are peer-to-peer platforms where transactions happen directly between traders, entirely cutting out intermediaries such as banks and brokers. That means that users retain custody of their tokens by never handing over their private keys.

“You never send your bitcoin to an exchange. Your bitcoin stays in your own wallet, meaning you have complete custody of your coins,” explained Taihuttu. “You connect to a DEX, and by making that connection, you trade out of your own wallet.”

He further said, “The nuance of ownership is critical. If the DEX collapses, it doesn’t matter, because the bitcoin are always in your own wallet.”