Bitcoin miners is buying power plants to mine crypto now

You’ve probably heard about how much energy bitcoin mining consumes and how harmful it is to the environment. As a result, the news that Bitcoin miners are now purchasing entire power plants in order to profit from the speculative asset should be cause for alarm. 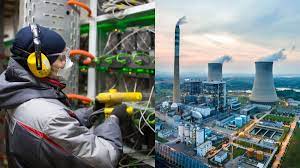 Stronghold Digital Mining, a Pennsylvania-based holding company, is now operating a Bitcoin mining operation at the Scrubgrass power station in Venango County, Pennsylvania, which is purchased in the summer of 2021.

Stronghold Digital Mining claims that it is now burning 600,000 tonnes of coal waste per year at Scrubgrass to power its Bitcoin mining business. Stronghold’s filings with the Securities and Exchange Commission (SEC) have made this information public since the firm seeks to go public. It only gets worse. Stronghold intends to expand the operations of its coal-fired power plants.

The Panther Creek power station, located in Pennsylvania, was purchased by the business in August. It’s also looking to add a third location. Bitcoin mining necessitates the use of powerful computer processors to solve complex mathematical equations. This procedure aids in the upkeep of the blockchain, the cryptocurrency’s digital ledger. Bitcoin miners receive the bitcoin in return for solving these math problems.

The more computational power you have, the more equations you can solve and the more Bitcoin you can make. Because the procedure is so intensive, individuals can’t generate Bitcoin with the computer power they already have. Many miners spend tens of thousands of dollars on Bitcoin mining equipment, and even then, only multi-million dollar companies can mine enough Bitcoin to make the process lucrative at this time.

According to The University of Cambridge’s bitcoin electricity usage index, bitcoin miners are expected to consume roughly 130 Terawatt-hours (TWh). Bitcoin emits about the same amount of carbon dioxide as a country like Jordan, which has a population of ten million people, according to TechCrunch. The icing on the cake is that taxpayers are footing the bill for Stronghold Digital Mining’s Bitcoin power plant revenues.

According to Bloomberg, Pennsylvania offers tax breaks for coal waste burning. Stronghold estimates that each Bitcoin it produces through mining costs them less than $3,000 thanks to these incentives.

Bitcoin was trading at more than $42,000 at the time this article was written, which is a pretty good profit for a taxpayer-subsidized cryptocurrency mining operation that’s wreaking havoc on the environment.