The Dubai government is pushing for more regulatory permits in the cryptocurrency industry to increase acceptance. Financial officials in the United Arab Emirates have agreed to legally legalize and encourage cryptocurrency trading in a Dubai economic-free zone. 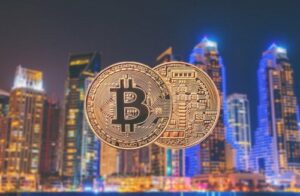 The Dubai World Trade Centre Authority (DWTCA) announced on Wednesday that it had reached an agreement with the Securities and Commodities Authority (SCA) of the United Arab Emirates to assist the regulation and trading of crypto assets within the DWTCA free zone.

The new effort creates a structure that allows the DWTCA to provide the appropriate approvals and licenses for cryptocurrencies-related financial activity. The SCA will also oversee significant crypto-related activities like issuance, listing, trading, and licensing as part of the agreement.

The agreement was signed by SCA acting CEO Maryam Al Suwaidi, DWTCA director-general Helal Saeed Al Marri, and a Dubai Department of Tourism and Commerce Marketing officer, according to the release.

According to Al Suwaidi, the new project is in line with the DWTCA’s goal of expanding its services as a free zone and embracing innovative technologies such as nonfungible tokens. “As Dubai pursues an innovation-driven and digital-led economy, the DWTCA is willing to support blockchain and cryptography-based businesses,” he added.

A request for comment from the DWTCA and the SCA was not immediately returned. The Dubai Airport Free Zone Authority struck a similar agreement in May to support the development of the crypto business.

The agreement, which was signed by SCA Acting CEO Maryam Al Suwaidi and DAFZA Assistant Director-General Amna Lootah, authorizes DAFZA to expand its business licenses and commercial activities within the free zone, according to local media.

More details of the agreement have been provided by Al Suwaidi, who claims that it will allow the two parties to contribute more effectively to the UAE’s national plans: “The parameters of the agreement are designed to create a strategic partnership that enables for the supply of differentiated professional services while defining each party’s roles and obligations.

It also provides each party with dependable and timely support in any situations that fall under the scope of this agreement, as well as exchanging best practices from relevant markets.”

The new agreement confirms the United Arab Emirates’ strong commitment to being a crypto-friendly global financial center. In April, Minister of Economy Abdulla Bin Touq Al-Marri indicated that cryptocurrencies and asset tokenization will be crucial in achieving the country’s goal of doubling GDP in ten years. A public Bitcoin (BTC) fund run by 3iQ, a Canadian digital asset investment fund manager, was listed on the local stock exchange, Nasdaq Dubai, in June.

Also read: El Salvador to put Western Union out of business with the mainstream adoption of Bitcoin