Despite price changes and a crackdown from China, Bitcoin miners earned roughly $3 billion in April, according to ETC Group’s first quarterly markets report. Total transaction fees paid to miners climbed by more than 750 percent year over year in Q2 2021, with $416.6 million paid out vs $48.5 million paid out the previous quarter.

Bitcoin revenue was higher than the annualized revenue run of both digital payments business Square in 2018 and e-commerce giant Shopify in 2020, according to the company, which introduced the first Bitcoin exchange-traded product (ETP) in the United Kingdom in June.

“In recent months, we’ve seen major cryptocurrencies produce more revenue from transaction fees than some of the world’s most valuable firms have,” said ETC Group CEO Bradley Duke. “We’re seeing an increase in institutional use of crypto assets in place of cash Treasuries, and now even in government pension funds.” 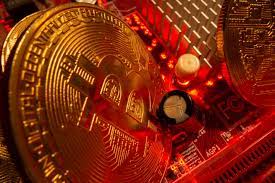 According to the analysis, Bitcoin’s rise in value in Q2 was fueled by continuous growth in use. This is due to institutional investors, some of which have substituted cash Treasuries with bitcoin, as well as El Salvador and other countries’ leaders who are attempting to integrate cryptocurrencies into their national economies.

In the second quarter, there were a lot of positive indicators, but the research points out that Bitcoin, which claims to be a currency free of government meddling, can still be influenced by politics. The Chinese government’s anti-Bitcoin stance and the crackdown on crypto mining contributed to Bitcoin’s price plummeting from an all-time high of $63,000 in April to around $35,069 at the conclusion of the quarter.

According to the report, another challenge for Bitcoin in the last quarter has been greater attention on its energy usage. In 2020, coal-fired power plants fueled around 63 percent of the Bitcoin mining in China, which mined two-thirds of the world’s Bitcoin. Elon Musk, a crypto enthusiast, has withdrawn a plan to allow people to purchase Tesla automobiles using Bitcoin due to public outcry.

Along with Bitcoin, the second quarter saw the largest U.S. dollar value transfer in Litecoin’s history, topping $28 billion, according to ETC Group. According to the company’s analysis, Ethereum costs have climbed by more than 5,000 percent year over year.

Also read: Dogecoin Foundation has been re-established after 6 years