How to record screen in Windows 10

A screen recorder, screen recording software, or screen capture software is required to record the screen- all of these terms refer to the same tool for creating screencasts, which may or may not include video editing tools. 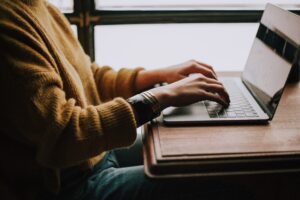 Taking a screenshot in Windows 10 is straightforward and quick, but recording video of your screen activity is more difficult. Microsoft has simplified the process by including a built-in video recording tool called Game Bar.

Game Bar was created to capture games you play on your PC or stream from an Xbox console, but it can also record screen activity from your web browser, Windows programmes, or any other software. Recorded screen activity is automatically recorded as an MP4 video file.

You must fulfil specific system requirements, including the proper sort of graphics card, in order to utilise Game Bar. If you try to use Game Bar on a PC that isn’t up to par, you could get an error message saying that your computer doesn’t satisfy the hardware requirements for recording clips. By any chance, if you cannot record the screen on windows 10. Please ensure that you have a clean operating system. We recommend you to take a look at windows 10 iso, which has full features activated.

Before you can utilise the function, you must first ensure that Game Bar is turned on. Turn on the switch for Enable Xbox Game Bar through Settings > Gaming > Xbox Game Bar.

You may activate Game Bar using the Xbox button on your gamepad if you have an Xbox controller or an Xbox 360 controller with the appropriate driver. To make that function available, tick the box next to Open Xbox Game Bar with this button as a controller.

You may also modify any of the keyboard shortcuts for accessing the Game Bar, taking a screenshot, or recording a video from this panel.

Open the app you want to record using. Most applications and windows can start a recording, however you can’t start a capture from the Windows desktop, File Explorer, or some Windows apps like Weather. To access the Game Bar, press Win + G.

Several Game Bar widgets appear, allowing you to take screenshots, adjust your video and music, and access your Xbox social account. The source for the video capture is also displayed in the pane as the names of your current app, file, or window.

To take a basic screenshot, click the camera icon, or press the Start Recording button to record your screen activity. You may start your recording by pressing Win + Alt + R instead of going via the Game Bar pane.

Game Bar will ask for your permission the first time you want to record screen activity. To record gameplay, click the box next to Enable gaming features for this app.

You may now record any activities you want on the screen. The Game Bar widgets vanish, and you’re left with a little floating bar in the upper-right corner of the screen that lets you control the recording.

Click the Recording button on the floating bar to end the recording. A message comes informing you that the game clip has been recorded. When you click the notice, a window appears with your video. To see the video, use the Play button.

You may also access and play your video using File Explorer, which is accessible at C:Users[username]VideosCaptures by default.

You can always alter the place where video captures are kept if you don’t like where they are saved by default. To access Captures, go to Settings > Gaming > Captures. Select a different folder by clicking the Open folder button.

Background recording should be enabled

To do so, you must first give the computer permission to record your actions in the background. Return to Settings > Gaming > Capture and choose the Record in the background while I’m playing a game checkbox. While you’re here, select Record the last from the drop-down box to adjust the interval between 15 seconds and 10 minutes.

You’ll never miss another opportunity now. Open the Game Bar and use the Record last 30 sec button to create a video based on the amount of seconds or minutes you specify.