Bitcoin’s price has increased about fivefold in the last year, but the quick increase is causing the popular cryptocurrency to consume much more energy globally. This is largely due to increased competition for bitcoin mining, which entails solving complicated mathematical problems to authenticate digital currency transactions. Miners that solve these issues are rewarded with bitcoin, and the more people competing to mine them, the more energy is required. 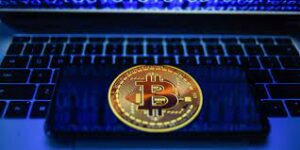 It’s impossible to estimate how much electricity bitcoin mining requires, but a new study published by the New York Times provides some startling figures:

Given bitcoin’s recent enormous price growth, it’s easy to predict that electricity consumption will continue to rise. Bitcoin is currently worth almost $50,000, up from around $5,000 last year. In 2016, it was estimated to cost roughly $500.Bitcoin mining has grown into its sector as a result of rising competitiveness, necessitating specialized machines, servers, and massive data centers with sufficient cooling capacity to keep the computers from overheating.

As previously said, the internal mining process has become increasingly complex; according to the New York Times, a single desktop computer could easily mine bitcoin in 2011, when the cryptocurrency was still relatively unknown. To mine, a single bitcoin now takes around “13 years of ordinary household power.”

The environmental impact of bitcoin and the broader cryptocurrency ecosystem has long been a concern for those who follow the industry. Iran was hit by power disruptions earlier this year, which were attributed in part to bitcoin. Bill Gates cautioned in March that bitcoin was “not a wonderful climate thing.” And US Treasury Secretary Janet Yellen has described the country’s energy consumption as “staggering.”
Hanus mentioned ESG analysis, and investing concept that pushes companies to evaluate the impact of their investments on the environment, social issues, and corporate governance. “When it comes to ESG, many managers initially concentrated on the ‘G,’ or governance components, to improve their portfolios. I believe that is changing now, with a greater emphasis on the ‘E’ and ‘S’ of ESG “Hanus remarked.

In other words, asset managers are attempting to strike a balance between the potential negative environmental and social consequences of Bitcoin and the money it could earn investors.

If You find this article informative then do share it with your friends and family!