People who still aren’t taking crypto, and especially Bitcoin, seriously, might have to change their ways now, it seems, since El Salvador may soon accept Bitcoin as a legal tender. 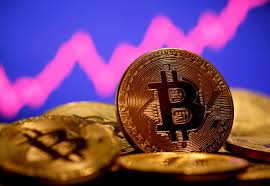 Bitcoin to Soon Become the Norm at Bitcoin

The country is currently looking to pass a legislation which would make it the first nation to do so. If successful, this would bring Bitcoin to the same status as the US Dollar. The news was revealed by President Nayib Bukele during Bitcoin 2021, a multi-day Bitcoin event in Miami, which is touted to be the biggest in history.

To achieve the same, El Salvador has struck up a deal with Strike (no pun intended), a digital wallet company. The aim is to strengthen the country’s financial structure with the help of Bitcoin.

Bukele has said that he will be putting forward the bill for the legislation before the congress next week. The move was hailed by Jack Mallers, founder of Strike, who deemed the crypto as the “greatest reserve asset ever created and a superior monetary network.”

He further added that it will help protect economies from shocks arising from fiat currency inflation. This might especially be useful for El Salvador, which currently relies mainly on cash (70% of its citizens don’t have access to bank accounts or credit cards).

To set up the Bitcoin-based economy and financial ecosystem, El Salvador has reportedly enlisted the help of a team of crypto leaders. Moreover, since the New Ideas Party (the ruling party to which Bukele is affiliated) has a majority in the Legislative Assembly, the bill will most likely be passed soon.

Among the “crypto leaders” whom the country has approached is Adam Black, CEO at Blockstream. Calling the move “inevitable”, he has claimed to have plans for contributing tech like Liquid and satellite infrastructure for supporting the growth of the new system.