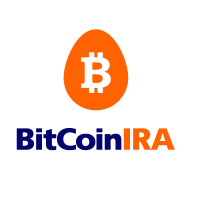 Bitcoin’s IRA are gaining popularity across the United States

Bitcoin’s IRA (Individual Retirement Arrangements ) are expected to grow in popularity in 2021, according to CNBC.  As the Federal Reserve progressively increases liquidity in the economy, Americans have gravitated to Bitcoin-powered retirement plans.

Thousands of workers have chosen to put their retirement funds in bitcoin in the hopes of gaining long-term purchasing power and a more relaxed, if not anticipated, retirement. Furthermore, compared to selling BTC as a personal investment, they can dramatically minimise their tax burden.

However, while Bitcoin IRAs can be an interesting choice for people, with profits that are likely to outperform conventional IRAs over time, they come with a significant cost, especially as a long-term investment.

BitGo, the retirement planner’s chosen third party for bitcoin custody, holds all bitcoin purchased by a BitcoinIRA account holder. As a result, account holders do not have genuine bitcoin because it is unclear whether they will be granted the option to withdraw it.

It is critical to keep one’s own BTC since bitcoin is money, and you may only freely spend money that you own and control. Furthermore, because bitcoin is still a young currency at the beginning of its monetization route, trading it for other currencies is risky.

In May of 2016, BitcoinIRA was created, providing investors with the tax benefits of an IRA as well as the return of a high-risk, high-reward alternative asset class. It functions similarly to other IRAs, except that it is backed by bitcoin rather than gold, cash, or bonds.

BitcoinIRA isn’t only a bitcoin exchange. A long list of cryptocurrencies, including ethereum and litecoin, are now included.

Campbell Harvey of Duke University believes that variety is the best option.

“It makes no sense to build a portfolio that includes exposure…to single crypto like bitcoin since while bitcoin is the most important one right now, its percentage of the overall capitalization of cryptos has fallen over time. “There are a lot more tokens out there,” Harvey explained.

Bitcoin may achieve full monetization and become a widely accepted unit of account when it becomes more broadly embraced and its principles and qualities are tested and demonstrated through time. Dollars would be worthless in that circumstance, and the BitcoinIRA account holder would be unable to gain from having bitcoin.

As a result, saving for retirement in self-custodied bitcoin would be a preferable option. By possessing peer-to-peer, uncensorable, unstoppable money, the retired individual would have actual sovereignty — something far more valuable than dollars and tax breaks.