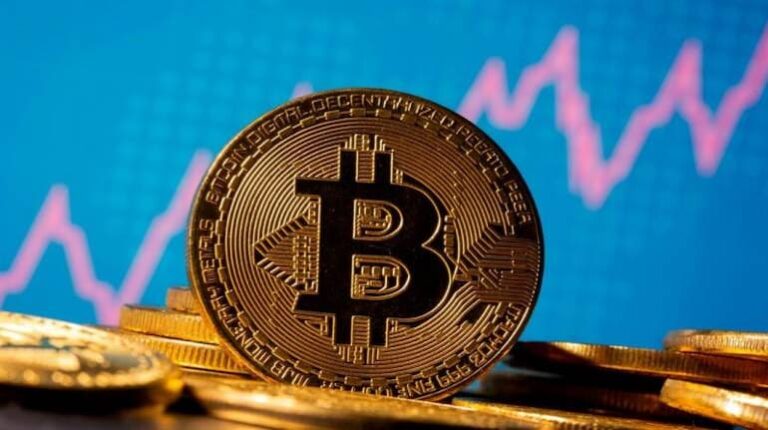 According to Michael Lee Strategy, the founder of an investment management firm, bitcoin’s best days is clearly ahead of it, with the cryptocurrency expected to “hit all-time new highs.”

A market strategist with Michael Lee Strategy says that "the best days of #bitcoin are definitely ahead of it," expecting the #cryptocurrency to "make all time new highs." https://t.co/Qwsmfe7y7L

The strategist goes on to suggest that “any form of taper or any sort of restrictive policy from the Fed” or other central banks across the world will be a long time coming.

Bitcoin is expected to reach new all-time highs, according to a market strategist.
In an appearance with Fox Business Monday, Michael Lee, the creator of Michael Lee Strategy, discussed his prediction for bitcoin.

Michael Lee Strategy provides wealth planning and investment management as an investment adviser representative for Compass Financial. Lee is a former vice president.
“It is merely a side effect of unending money production that is going on,” Lee remarked, referring to the price of bitcoin topping $60,000 earlier this year.

He refuted the idea that the rise in BTC price on Monday was due to rumours that Amazon could start taking bitcoin and other cryptocurrencies as payment. Last week, the e-commerce behemoth advertised a position for a digital currency and blockchain head.

“The finest days are ahead for cryptocurrencies, notably bitcoin,” Lee stated. He believes that “bitcoin is your first mover,” and that it will “profit as much as or more than any of the other cryptocurrencies.”

“I feel some of these changes are tough to explain,” he continued, “but it’s very much a momentum asset class.” “ As soon as you start to build some upside momentum, the follow-on trades simply start coming, coming, coming. And then you go from $29,000 to about $40,000 in a little over a week.”
“I think it’ll be a long time before we see any sort of taper or any sort of restrictive policy from the Fed,” Lee said, claiming to be a bitcoin owner. The strategist finished by saying, “It’s not just like that with the Fed, it’s like that with central banks all over the world.”

That’s why I think bitcoin is likely to make all-time new highs, maybe, maybe not in the next few months. However, bitcoin’s best days are still ahead of it, not behind it.

what are your views on this opinion? tell us in the comment section below