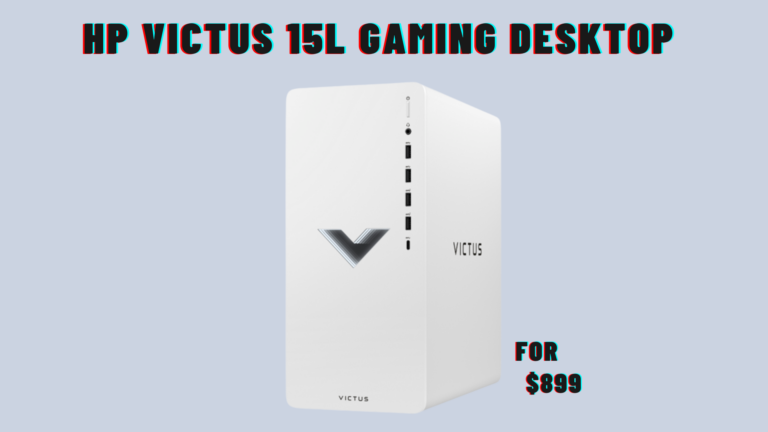 The Black Friday Sale is coming to a close, but by giving this sale a year-end credit, we have the new gaming desktop, the Victus HP 15L Gaming Desktop, which will be offered for a large discount during this sale.

HP’s Victus series has been a leader in the company’s gaming manufacturing market. We already have a large number of items in the Victus range, which includes both laptops and desktop towers.

This Black Friday Sale has one of the best-selling HP Victus Gaming Desktop Towers at a fantastic price.

If you are seeking to buy a new desktop gaming tower, you may be interested in this product; if so, we have all you need to know right here:

HP Victus 15L Gaming Desktop – What does it feature?

If you’re curious about the features of the HP Victus 15L Gaming Desktop, this gaming desktop tower has a slew of them.

This features a strong processor paired with quicker RAM and faster storage choices. While I was writing this, a discount for the AMD version of this desktop tower PC was revealed.

According to the specifications, this tower is powered by an AMD processor, namely the AMD Ryzen 7 top-end model in the whole chipset series.

To make it more clear! This PC comes with an AMD Ryzen 7 5700G processor which has been built with 8 cores and 19 threads manufacturing. This chipset supports a peak max frequency of up to 4.6Ghz

This speedier CPU is paired with quicker RAM of up to 15GB capacity, and this desktop also comes with 512GB of SSD storage to give you a snappier performance.

Furthermore, this quicker SSD Storage has been combined with an HDD storage capacity of up to 1TB. Files can be stored on this HDD storage. This CPU can also handle storage upgrades of up to 2TB and comes with a total of 9 USB ports.

If you’ve decided to get your hands on the new HP Victus 15L Gaming Desktop Tower. The desktop tower was originally priced at $1349 before being reduced to $999 and then again to $899.

If you’re wondering where you can acquire this PC at such a low price, look no further. HP has announced discounts on their e-commerce section as part of the Black Friday Sale, so you can buy this PC directly from the HP official website.