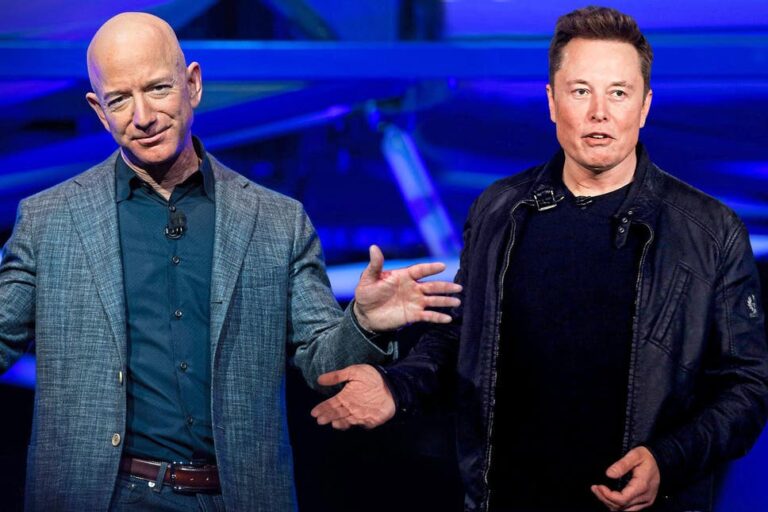 Another episode of passive-aggressive “locking the horns” is in order for all those who are simultaneously tired and intrigued by the long-standing competition aka brawl between two of the world’s brilliant minds. Yes, we are talking about Jeff Bezos and Elon Musk. And it is a known fact that these names will never come together except for a fight or a show of might. And this time, yet again, the ball is in Musk’s court and he is flexing it quite well. Blue Origin is in for another set of very sour grapes as it lost the NASA lawsuit over the SpaceX contract. And Elon Musk had the perfect meme at the ready for the situation. Take a look.

We can always count on Elon Musk to come up with perfect meme, particularly when Bezos and Blue Origin is involved.

In August, a lawsuit was filed by Blue Origin against NASA, stating that the space agency’s contract with SpaceX that involved a whopping $2.9 billion was an act of favoritism and that it was unfair. This particular contract was awarded to SpaceX in the month of April. The contract was a reward for competition between a multitude of space companies which included Blue Origin as well. The primary goal of the competition was the creation of a human-landing system. Although Blue Origin had filed a protest with the US Government Accountability Office, the appeal was denied. The protest and the following lawsuit had resulted in quite a number of sharp reactions from Musk himself. And finally, on Thursday, the months-long legal battle came to an end as the US Federal Court of Claims passed the verdict, not in favor of Blue Origin. The ruling was passed by a federal judge, Richard Hertling. Bezos too responded to the ruling in a dignified fashion. Let us take a look.

Not the decision we wanted, but we respect the court’s judgment, and wish full success for NASA and SpaceX on the contract. pic.twitter.com/BeXc4A8YaW

As usual, Twitter piled up with a plethora of responses following the news of the ruling. While Musk’s tweet received a nod of approval from a majority of the users, Bezos’ tweet received a bit of flak as Twitterati advised him to focus more on building rockets and less on filing lawsuits. Perhaps, they actually have a point there. Let us flip through a few of the reactions and responses on Twitter.

Now that is some revelation.

Now Jeff Bezos can get back to fighting his true enemy: Superman.

Of course! Musk indeed gets a kick from kicking Bezos right where it hurts.

Being the richest person and trolling other rich people is a different high I guess!!! 🤣🤣🤣

It is springtime for Musk these days.

Well, the only two humans who are totally oblivious to that simple fact are Bezos and Musk themselves.

Why make it a competition, I think you will both succeed. Jeff is not an enemy at all

Over to Bezos now. Advice and more advice.

Cool post but can you pay your employees a living wage please?

Let us wrap up with a rather valid question.