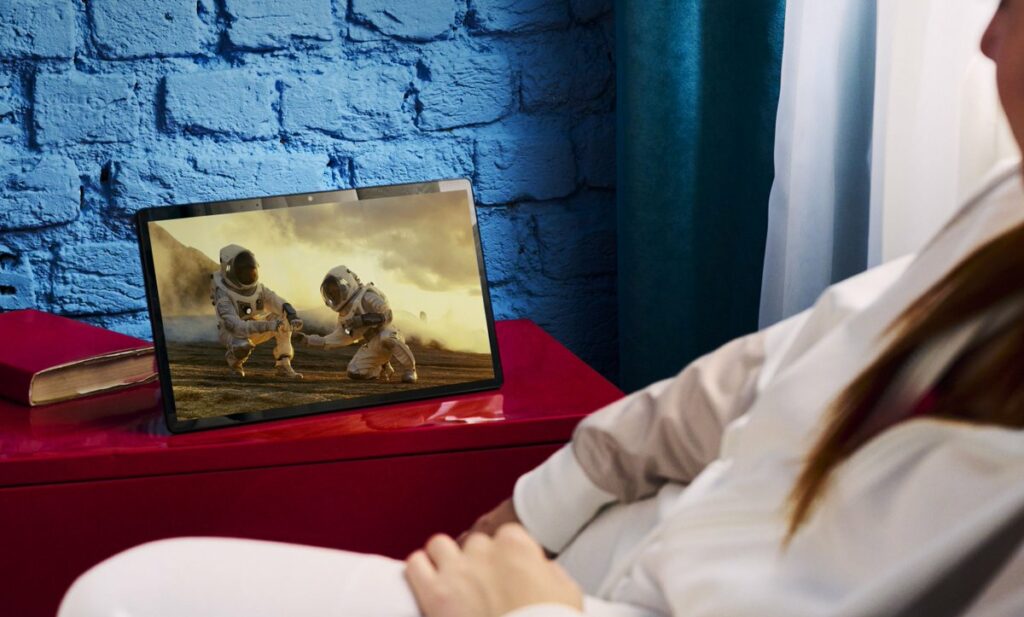 Asus has announced the release of a one-of-a-kind Windows 11 machine. The Vivobook 13 Slate- T3300 is a detachable laptop with a Full HD OLED touchscreen and Dolby Vision compatibility.

It’s described as the world’s first 13.3″ OLED Windows detachable laptop, and it’s similar to the Apple iPad Pro, which costs much more. The Vivobook 13 Slate costs $599 (INR 45K) in the United States and will be available in India soon.

The Vivobook 13 Slate, which is intended to fulfil both productivity and entertainment needs, might be an excellent alternative to the Apple iPad Pro.

The convertible features a big 13.3-inch 1080p OLED screen with Dolby Vision compatibility. The screen, according to Asus, can display 1.07 billion colors and covers the whole DCI-P3 color gamut.

During media playback and gaming, the screen should provide immersive graphics. The Full HD panel is complimented by quad speakers that enable Dolby Atmos audio.

The stylus connects through Bluetooth and, via a shortcut button, enables one-click functions. On the detachable OLED panel, users will be able to sketch, doodle, and do a variety of on-the-go productivity tasks. It magnetically connects to the chassis for increased convenience.

Wi-Fi 6 and Asus Wi-Fi Master technologies are used for connectivity on the convertible Windows 11 laptop. It is powered by a quad-core Intel Pentium Silver N6000 CPU running at 3.3 GHz.

The convertible comes with up to 8GB of RAM and 256GB of NVMe SSD storage inside. Asus may possibly release a lower-end model with 4GB RAM and 64GB eMMC storage.

Moving on, the Vivobook 13 Slate is outfitted with a 5MP front-facing camera and a 13MP back camera for video calling. The convertible also supports AI Noise-Canceling audio, allowing for smooth speech delivery during on-the-go video conversations during remote business circumstances.

Overall, Asus has created a really appealing Windows 11 laptop for customers. If the Vivobook 13 Slate is priced competitively in India, it might be a terrific convertible for students and professionals seeking for a detachable Windows laptop.

Asus also hinted at two interesting and special Artist Editions of the Vivobook 13 Slate, which will be available in early 2022. Keep an eye on this area for more information about Asus’ upcoming convertible Windows 11 devices.