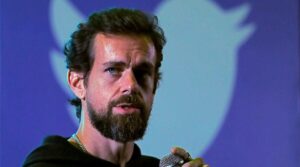 Twitter Inc has been going through a wave of changes in the past few weeks. It all started with its then controversial user billionaire CEO Elon Musk, who was known for his rather expressive tweets on the platform. But soon, he became an integral part of the company after purchasing shares of the company. The Tesla Chief Executive holds 9.2% stake in the company, and was the largest shareholder until Vanguard stepped in. Though he was to join the company’s board of directors, he later refused to do so for reasons one can only speculate.

However, things took an interesting turn when expressed his desire to purchase 100% of the company this week. In a letter to Bret Taylor, the chairman of the board in Twitter, Musk expressed his desire to gain entire ownership of the social media company. He wished to do so at $54.20 per share, and at a total of $43 billion. The company reportedly responded by adopting what is called ‘poison pill.‘ A specific step to aid to keep the rather unwanted proposal away. Moreover, reports specify that he even planned to bring in partners to collaborate on his bid to buy Twitter. Clearly, if gone through, the social media company would have to go through a host of changes.

Yes. Twitter doesn’t own it. So a new owner of Twitter wouldn’t matter for some time. Funding would need to be reassessed.

It has been slow, but this is an entirely new protocol in the open. They are slow but hopefully deliberate towards resilience

In his tweet on the platform, the founder of the company, Jack Dorsey, mentioned one of the factors requiring consideration if such a deal goes through. He stated that the funding for the initiative of Bluesky would require a significant reassessment in the event of the ownership of Twitter Inc. changing. Moreover, he specified that the social media company does not ‘own it’ and this type of funding would require to be ‘reassessed.’

He went to state how the progress on Bluesky has been rather ‘slow.’ This particular initiative is directed at essentially allowing multiple social media network to interact together. He went to state that though it is new and slow, but “hopefully deliberate towards resilience.”

<blockquote class=”twitter-tweet”><p lang=”en” dir=”ltr”>Yes. Twitter doesn’t own it. So a new owner of Twitter wouldn’t matter for some time. Funding would need to be reassessed. <br><br>It has been slow, but this is an entirely new protocol in the open. They are slow but hopefully deliberate towards resilience</p>&mdash; jack⚡️ (@jack) <a href=”https://twitter.com/jack/status/1515182003766898689?ref_src=twsrc%5Etfw”>April 16, 2022</a></blockquote> <script async src=”https://platform.twitter.com/widgets.js” charset=”utf-8″></script>