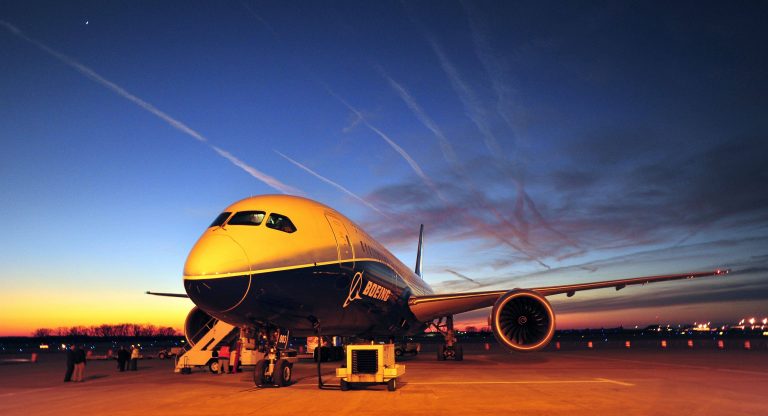 The American aviation giant Boeing has taken a crucial step for the betterment of the environment and to promote long-term sustainability. It says that it will craft commercial airplanes capable of operating on 100% biofuel by the end of this decade, i.e., 2030.

#TeamBoeing will deliver airplanes that can fly on 100% sustainable fuel by 2030.

Challenge of the Lifetime

If they can overcome this “Challenge of their lifetime,” they will be introducing the benefits of sustainable aviation fuels to the world. It is believed that this will be the most urgent way to reduce carbon emissions from the environment.

“It’s a tremendous challenge, it’s the challenge of our lifetime. Aviation is committed to doing its part
to reduce its carbon footprint.”

The US aviation’s goal is an ambitious and challenging one. It will be testing on several levels. They will be required to upgrade their fuel-bending conditions, advanced jet systems, and most importantly, safety certification by global regulators. Boeing’s goal is also fundamental to the greater goal of diminishing carbon emission by half, which the industry is targeting to achieve by 2050.

“Our industry and customers are committed to addressing climate change, and sustainable aviation fuels are the safest and most measurable solution to reduce aviation carbon emissions in the coming decades”

Based on the report by the Air Transport Action Group –

Another report by the US Department of Energy said that sustainable aviation fuels or biofuel have the potential to reduce carbon emission by 100% in the near future. In contrast, in its current capacity, it reduces 80%.

In 2018, Boeing demonstrated the world’s first commercial flight, which uses 100% biofuel. It was a FedEx Corp 777 freighter.

It is also interesting to note that both the American Aviation giant and its European rival, Airbus SE, are working on drag and weight reduction to reduce their new aircraft’s carbon emissions.

For Boeing, they just have a decade to reach this mammoth of a goal. They also have to overcome the loss which was caused by the Global pandemic. Adding to that was the 20-month grounding of Boeing’s most demanded aircraft, 737 Max, after the 2 fatal crashes.

Under the fuel specifications, biofuels are directly combined with conventional jet fuel in the ratio of 50:50. It will be fascinating to see how Boeing goes on from here to achieve the 100% biofuel challenge.

It is also a great sign that the world’s largest aerospace company is committing itself to address climate change’s urgent challenge. With the Biden Administration also vouching to take several crucial steps to protect the environment and address climate change, we can at least be optimistic about what the future holds for us.