After being reported as stolen, the NFT marketplace OpenSea freezes transactions of $2.2 million worth of Bored Ape NFTs. The NFTs on the market now come with a disclaimer that they’ve been “reported for suspicious activity.” Purchasing and sale of such things have been halted. 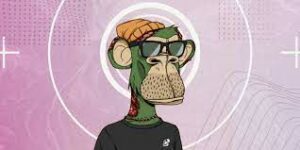 15 apes and mutants have been stolen in total. Todd Kramer, the owner of the NFTs, described the incident as “probably the worst night of his life” and expressed hope that it would be resolved. This is the first time in recent memory that NFTs from a big collection has been stolen, raising security concerns.

According to the crypto community, the decision to freeze NFTs calls decentralization into doubt. They contend that the handling is “anti-crypto,” according to some and that OpenSea’s security was inadequate.

OpenSea is the most popular NFT platform on the market, with hundreds of thousands of users and a high volume of trade. The theft of these NFTs raises concerns about the safety of other NFTs on the platform. There has been little information about how the NFTs were taken, and the platform has yet to issue an official statement.

Meanwhile, over at the Phunky Ape Yacht Club, there’s a bit of a disagreement over OpenSea (PAYC). This NFT series was banned by the NFT platform because it was based on the NFTs of the Bored Ape Yacht Club. PAYC is nearly identical to BAYC, with the exception that it is mirrored.

Because of the NFT’s copying, the community has been debating the finer points of plagiarism. The fact that OpenSea has prohibited the PAYC NFT series has sparked the most controversy. Bans would not be allowed in a truly decentralized economy, according to the complainants.

PAYC also appears to have a sizable fan base, so it’ll be fascinating to see how the show progresses. Meanwhile, NFT marketplaces must adhere to strict security protocols or risk alienating its users.

The line between plagiarism and parody is being tested by a pair of non-fungible token ventures. The PHAYC and Phunky Ape Yacht Club (or PAYC) collections, both of which are based on the same gimmick of selling NFTs with mirrored but otherwise identical replicas of high-priced Bored Ape Yacht Club avatars, have been prohibited by digital marketplace OpenSea.

The rival projects are now selling their apes while avoiding prohibitions on other platforms, providing the latest illustration of how the NFT world deals with plagiarised work.

Also read: Everything You Need to Know About Metapets Token