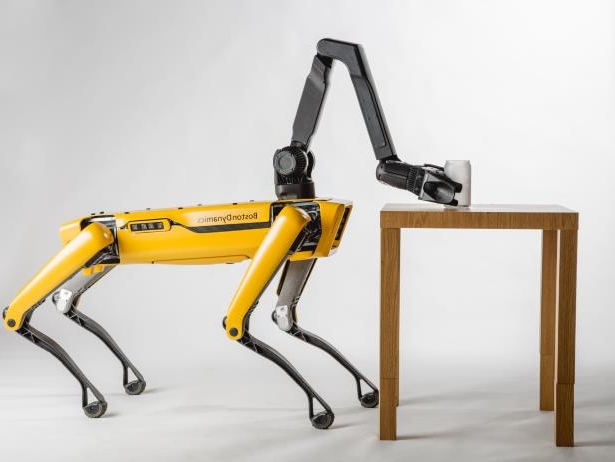 Boston Dynamics, which is a maker of agile robots, has revealed its first commercial product to the market, a dog like a robot known as SpotMini.
The founder Marc Raibert said that by the next year of July, Boston Dynamics will produce the SpotMini at the rate of 1000 units per year.

The SpotMini moves with the same weirdly smooth confidence as just like the other previous Dynamics Robots which are named as Cheetah, Spot, and BigDog.

[youtube https://www.youtube.com/watch?v=kgaO45SyaO4]
SpotMini stands at a close to four feet and weighs around 160 pounds. Fascination with the Boston Dynamics is largely rooted in their agility which makes it more like a living creature.

At 3 feet high and around 55 pounds, the SpotMini can go where large robots cannot go. It has an arm like a snake which attaches where a real dog’s head would be, even lets SpotMini do things like open doors.

The expansion and growth of Boston Dynamics come after a year which could be seen as a setback. After it has been acquired by the Google in the year 2013, and after that google sold the robot maker to Japan SoftBank in the year 2017.