Boston Dynamics Unveils A New Robot Stretch Which Makes Helps To Move Boxes In Warehouses The newly unveiled robot stretch from Boston Dynamics is said to be capable enough for shifting up to 800 boxes an hour, here are complete details

It has been designed to operate in a wide array of situations, including offshore oil rigs to massive underground mines, Boston Dynamics is known best because of its robot dog spot. Yet the company has concentrated more and more on logistics in recent years and now has only one application: bringing boxes into warehouses to show a new robot.

The robot is called Stretch and looks relatively clumsy for the development of Boston Dynamics. It is not modeled on individuals or creatures but strives to be as realistic as possible.

The mobile square base is equipped with a series of rollers, a “perception mast” with cameras and other sensors as well as a massive robotic arm with 7 degrees of freedom and a suction pad at the end which can pick up boxes weighing up to 23 kilograms (50 lbs).

Stretch was designed to operate with a long robotic arm on moving items in warehouses. Boston Dynamics claims that this “box-moving robot supports the need for modular automation solutions in the logistics industry.” It is the first entry of the business into warehouse automation, while Spot was used in some warehouses.

“That is what makes this machine exciting: it will offer automation for areas without an automation infrastructure,” says Michael Perry, Vice President Boston Dynamics, Business Engineering.

Boston Dynamics would also be able to reach consumers who otherwise would prohibit automation from being too costly or long to integrate, Perry said. Roughly 80% of warehouses worldwide do not have any automated devices that provide the business a large demand. However, Stretch does not yet have a price tag, and a robot might not be worth the distress for companies with low margins, no matter how mobile.

As of the 2019 acquisition of Kinema Systems, a firm that produces vision engine applications for robots in warehouses, Boston Dynamics has expressed interest in the logistics sector.

The robot was then programmed to drive boxing using a robotic arm and balance with a massive swinging counterbalance like a tail. It was named Handle.

For warehouses, Perry says Handle had the right footprint but did not function quickly enough. The arm of the robot is connected directly to the main body, which means that the whole mechanism must rotate with any load. By contrast, the arm of Stretch swivels freely due to some clever counterweights within its square base.

The heritage of Stretch can be traced to the two-legged Atlas robot of Boston Robotics, which can effortlessly balance its weight to sprint, hop, backflip, and more. “It’s not only about stretching and rotating the legs to pick a box atlas but also balancing the hips, legs, and body,” says Perry. “There have been several of the same models for architecture in Stretch.”

Boston Dynamics then argues the Stretch will pass up to 800 cases per hour, a pace equal to an employee’s. High-capacity batteries mean the stretch can be recharged for eight hours at a time.

However, this pace should be dealt with skepticism. It is extremely difficult to position robots in warehouses since these rooms are literally variated. Workflows will alter every day as new items come and go, and versatility is also appreciated.

The fact that robots cannot yet manage these problems leads to an omnipresent automation dynamic. You either set the whole factory up enough that robots can be understood regularly enough, or you keep the master of the mysterious with people.

The big argument of Boston Dynamics is that this division can be overcome by the stretch. 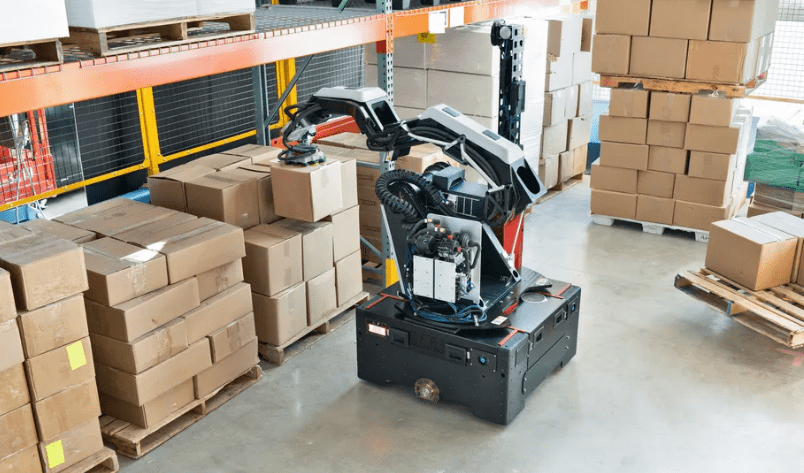 According to the manufacturer, the robot can be run with only a few hours of workout, and its mobile base can be used in human-driven areas. Is it going to function? Only if Stretch is in touch with the job can we find out. Boston Dynamics claims that it is working at pilot Stretch consumers and wants to be seen on a commercial basis by 2022.

Computer vision technology allows Stretch to classify boxes for each customer without special preparation. The firm seeks pilot customers to test Stretch until it is sold in 2022.