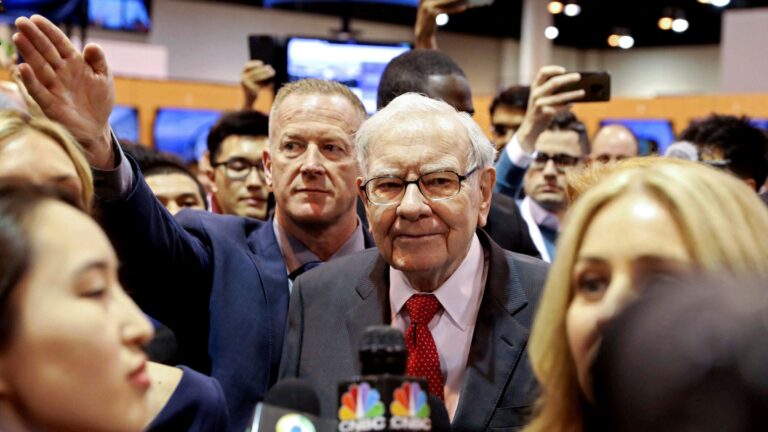 On Wednesday, April 6, Berkshire Hathaway Inc revealed that it had bought almost 121 million shares of HP. This stakes comes forward as the latest in a range of significant investments by the union, essentially handled by the billionaire Warren Buffett. This investment provides the company with approximately a 11.4% stake in HP. The total worth of the stake is around $4.2 billion as revealed by the personal computing along with printing company’s  closing stock price of $34.91 on the same day.

Right after Berkshire broke the news of the stake in filings with US Securities and Exchange Commission, HP’s shares rose 9.9% to $3838 in after-hours trading after the revelation. HP is currently based in California’s Palo Alto. The had around 1.06 billion shares outstanding as of January 31. Currently, neither Berkshire or HP have acknowledged any particular requests made for a comment on the situation.

Since February 26, the HP stake comes along as Berkshire’s third significant investment. This was when Buffett mentioned in his annual shareholders letter that “internal opportunities”award much better returns than that of “acquisitions.” He also stated how less an occurrence normally “excites” them in equity markets.

Berkshire decided to purchase the insurance company Alleghany Corp on March 21. They agreed to the purchase for $11.5 billion in cash, as an addition to its portfolio of insurer including Geico. On the other hand, Berkshire Hathaway disclosed its 14.6% stake in Occidental Petroleum Corp earlier in the month of March. Moreover, this cost much more than $6 billion to amass.

Prior to their announcement of the Alleghany stake, Buffett has gone about six years without a significant acquisition. This left Berkshire Hathaway with a cash of $146.7 billion and equivalents. Buffett had pledged to keep in hand a minimum of $30 billion of cash. However, Berkshire did not specify if Buffett or portfolio managers are behind the stake at HP. His portfolio managers are Ted Weschler and Todd Combs, though he is the one generally taking charge of investments of the larger sort.

Crucially, Buffett is mainly responsible for the company’s stake in the tech giant Apple Inc. Thus, he referred to the tech company as of the “Big Four” firms responsible for most of the value of his union which is based in Nebraska’s Omaha. On the other hand, the other companies which mainly make up the “Big Four” are the insurers of Berkshire Hathaway. These are Berkshire Hathaway Energy, along with the BNSF railroad.