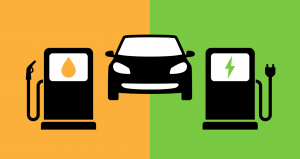 There is a growing trend of electric vehicles (EV) worldwide. The Indian audience too seems to be very much interested in it. With a large market potential, the international players are strategizing to enter the Indian market and capture the most of it. The electric vehicles (EV) concept is not only beneficial in terms of sustainability but a lot of companies are mow introducing vehicles which are budget friendly and are designed specifically be keeping the Indian audience in mind.

Build Your Dreams or BYD Auto Co. Ltd. Is the automotive branch of the Chinese multinational company BYD Co Ltd. Recently the BYD e6 car was spotted testing in Chennai, Tamil Nadu. This EV is expected to be officially launched in India towards the end of this year. For the initial time period, the car is expected to be imported as a CBU, which stands for Completely Built Unit. But only 2,500 models will be able to get imported, as per the rules.

Speaking about the features, the EV is equipped with a 40 kW AC on board charger with DC fast charging capability. The battery can be fully charged in just 1.5 hours with the help of a fast charger, as per the company claims. The model is currently expected to be priced at around 20-25 lakh rupees. Along with this model the Chinese multinational company is planning on two more electric vehicles in the Indian market.

The first generation e6 was introduced back in the year 2010. The new generation e6 was up for sale recently in Singapore. This particular car belongs to the second generation model. This automotive branch of Chinese multinational company BYD Co Ltd. has its shareholdings in General Motors and Berkshire Hathaway which is owned by Warren Buffet.

The EV is equipped with a lithium ion battery. This car has a 41 kWh Blade battery pack. This battery pack comes paired with an electric motor. Upon charging fully, this car can travel up to 450-500 km of distance. Compared to the first generation model which could provide 121 bhp the current model is able to return a power output of up to 136 bhp. This car is well equipped with all the features to provide a luxurious driving experience for the passengers.

The model BYD e6 is equipped with premium features such as a floating 10.1 inch touchscreen infotainment system. This screen can be rotated manually by 90 degrees and it can also be switched between portrait and landscape mode. This will provide the users with an entertainment system like never before.

This car comes with an electronic parking brake. It also offers a six way adjustable driver and front passenger seat. In terms of features offered by the safety kit on board, it comes with four airbags, ABS with EBS, traction control, hill start assist and a tyre pressure monitoring system. Once the third row seats are put down, the vehicle can provide up to 580 liters of luggage space.

The BYD e6 has a large window area and has a sloping roofline. The car also comes with LED lights and wrap around tail lights. These lights are connected with a thick strap of chrome. The model has a typical MPV stance.