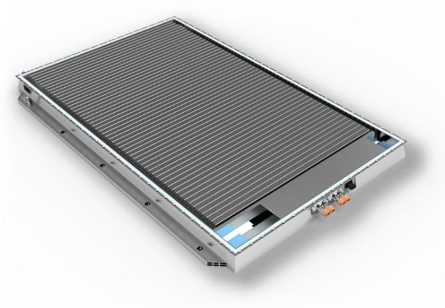 BYD was popular earlier for its blade technology with its batteries. However, they have acknowledged the disadvantages of having blade technology, which is of higher density. That slows down the range and speed of the car. However, people prefer low-cost availability. Longer ranges and better battery back-ups vary from the need of the consumer. Or a regular use to travel within a couple of km, a cheaper version is more suitable.

BYD is completely going to shift to LFP- Lithium, Iron, and Phosphate. It is not just BYD, but many companies are shifting to avoiding Nickel, Cobalt, and Manganese technology.

As written by BPO Capital Markets,

“The industry leader in LFP this announcement isn’t too surprising, and has given them a good platform to put down their ternary competition, but it does once again reinforce that a wide portfolio of battery chemistries will be used for electric vehicles over the coming years. It is however a net negative for nickel and cobalt demand.”

LFP battery has its own disadvantages, however, the government also is focusing on making cobalt-free batteries. Wang Chuanfu, the chairman of BYD stated,

“From today onwards, all pure NEVs under the BYD brand will adopt blade battery. I hope safety will no longer be a barrier to the proliferation of new energy vehicles. Some industry participants have irrationally gone after NCM batteries [to chase after] ever-higher driving range at the expense of stability and safety. Some 124 incidents of NEVs emitting smoke were recorded in China last year.”

Not every EV manufacturer has to compete with Tesla. The local market is the best market, especially in a country like China. The population density in that market is high and so are potential sales. Furthermore, using this battery would be much environmentally friendly without cobalt.

As per the recent reports, semiconductor chips and the copper shortage is panicking many industries. With technology and manpower, without the elements, there is nothing the automobile industry can do to move forward. Alternatives are a must for many, and every EV carmaker from every country is looking for different options.

Volvo recently made a deal to manufacture fossil-free trucks. Furthermore, there are other innovative ways, though not cost-effective right now can bring benefits later on.

A renewable energy company in France is making its own efforts with farms in Brazil. So, BYD making such a decision is nothing unexpected. However, their competition with Tesla Model 3 is also in question. Doing both luxury sales and cheaper sales is not uncomplicated.