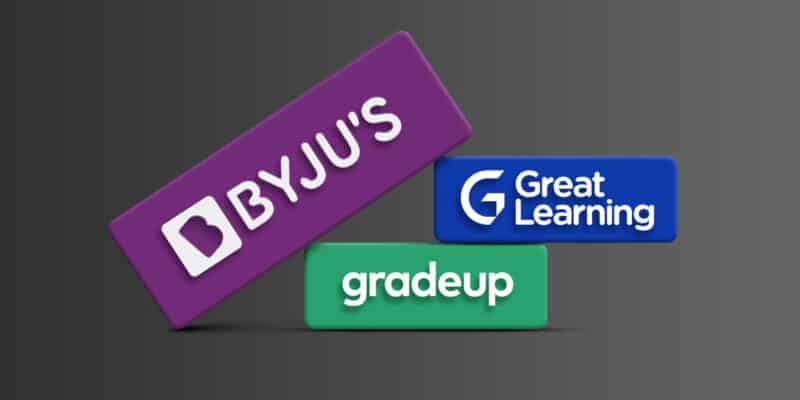 According to a report in Entrackr, EdTech start up Byju’s is in the middle of advance level talks to buy off two new companies for a combined deal of almost $400 million.

“Byju’s is in advanced-stage talks to acquire the upskilling platform Great Learning and test prep firm Gradeup”, a source said while talking about the deal going through negotiations.

Byju’s has finalised around a total of $350 Million to buy off Great Learning and an additional amount of $50 Million to acquire Gradeup.

Started in 2013, Great Learning is one of India’s leading EdTech companies for professional and higher education.  The company offers career-relevant courses and programmes from top world class universities. It is one of India’s largest online professional learning academy with its wing spread in over 140 more countries around the globe. The company is currently headquartered in Gurugram.

GradeUp is a Noida based company which was started in 2015 by Vibhu Bhushan, Sanjeev Kumar and Shobhit Bhatnagar. Its parent company is GradeStack which was founded earlier 2013. Gradeup is an application available in both Android and iOS smartphones and other devices for students who are preparing for higher level examinations like IBPS PO, SBI PO, SBI Clerk, etc. The company also guides students appearing for JEE, NEET, GATE, SSC, banking, railways, teaching, UPSC, defence, and other state-level exams.

All these three companies have a common goal which is to provide higher education guidance and tutoring online at the ease of students.

Although the news is out in the public, all three companies involved- Byju’s, Great Learning and Gradeup are yet to comment anything officially.

Byju’s is close to becoming the biggest and perhaps the only higher education tutoring company as he recently bought off Whitehat Jr., Aakash Educational Services and Scholr in the last 12 months. Its negotiations to buy off Toppr is also in process.